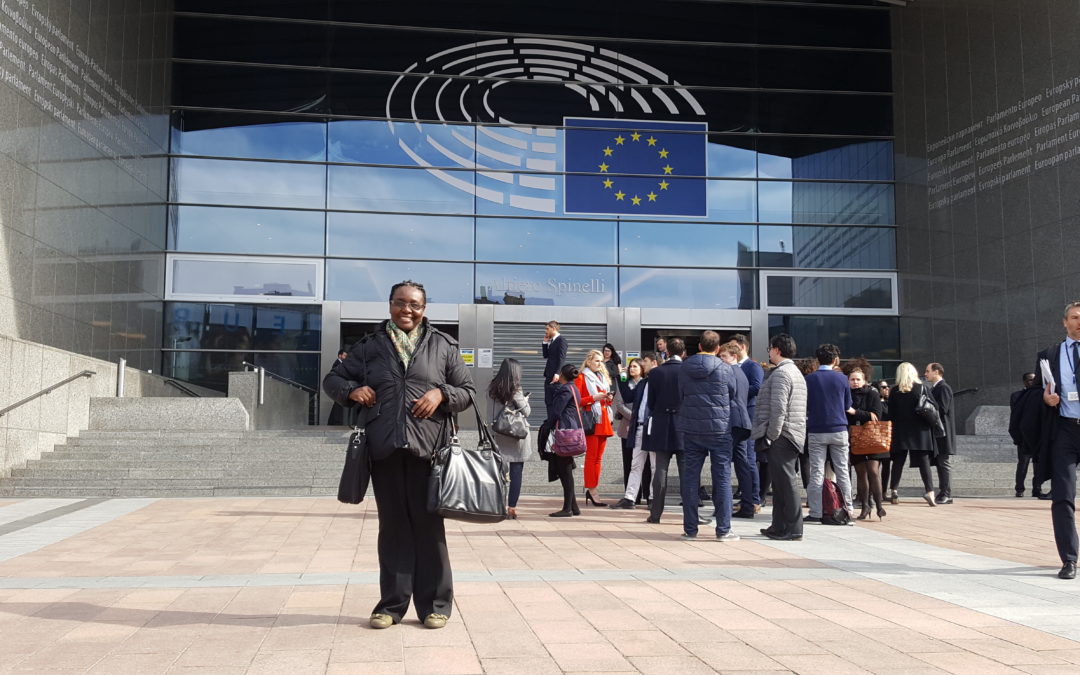 ]At the moment the word Agriculture is on everybody’s lips in Haiti. After having been neglected for a long time and minimized in government budgets, the Haitian agriculture is back, at least in political discourses. All of a sudden, the decision-makers seem to remember this sector that represents the largest job provider in the country. More than one million people make a living in agriculture.

Since Mr Jovenel Moise has been installed as president, everyone is curious to find out what really is going to change in the lives of the Haitian farmers, of the rural community and of the country in general, because he is a man who talks a lot about agriculture and who has started a number of initiatives of which the objectives are not yet totally clear. Anyhow, the budget that was recently presented to parliament for the fiscal year October 2017 – September 2018 shows agriculture in fourth position among the government priorities. Does this mean that the Haitian agrarian sector will really and definitely be launched, for the well-being of the producers, the rural world and the country in general?

Talking today about agricultural revival in Haiti means raising the question of the most appropriate economic choice and agrarian model for the development of the country. Ever since Haiti became independent in 1804, a muted fight has been going on between two agrarian production models: one of subsistence farming, practiced on small plots and mainly aimed at feeding the families; and a second one concentrating on large plantations and mostly aiming at the international market. The country thus knew several agri-business experiences that were wiped out once the demand of the international market disappeared while the small farmers’ agriculture survived and has achieved covering an impressive part of the national demand for food (currently, 40% of the market) in spite of the rapidly growing population and the problems faced by the small farmers.

For a long time, economic policies have been favouring food imports at the expense of local agrarian production. This helped to undermine the agrarian sector and to impoverish the farmers more and more. On average the annual import of food products equals around 700 million American dollars, while the investments in local agriculture have been minimal for a long time. While the food imports continue to increase, the importance of agriculture within the national economy continues to diminish from 46% of the GDP in 1970 to 24% in 2016.[1]

Under the government of Michel Martelly (2011-2015), a number of large tourism and mining projects jeopardized what remained of Haitian agriculture even more. Analysing the different shocks to which the peasant agriculture was systematically submitted, often with the Haitian state’s complicity, caused Frédéric Thomas of CETRI to write an article called “Haiti, un modèle de développement anti-paysan” (Haiti, an anti-small farmer development model).[2]

So, relaunching Haitian agriculture demands a clear economic policy and a production model in which energy and resources are being used in favour of the agrarian development of the country. Which will be the priority sectors that the country wants to promote? It seems the choice will be rice, a product for which the Haitian market is not competitive, while other much consumed basic products are being neglected. Thus, relaunching Haitian agriculture today demands choices that cannot wait.

Relaunching Haitian agriculture also means deciding what the role of small farmer agriculture will be, since this is what the current system in Haiti is based on. The peasant model, largely consisting of small plots of land about 0,25 hectare, is in crisis. It has suffered continued upheavals because of negative economic policies. The opponents of this form of agriculture flatly prescribe its disappearance, without really indicating what should replace it.

At any rate, no agrarian initiative will be viable in Haiti if it leaves out the peasantry, the environmental problems closely related to cultural habits and land tenure. Because of the strategic role it plays in the life of the country, in the food supply of the population, and also because of the high number of people who are living exclusively of this activity,  the peasantry represents a key element within all economic policy pursuing the real development of Haiti. In what direction will Haiti be going today? The actors of the rural world and the institutions that support the small farmers have in this context a lot of work to do.