Want to be up-to-date about trends, developments and events in Haiti?

This page brings together the latest news from Haiti, provided by independent websites and Twitter accounts. You will also find blogs from members of our platform, and friends from Haiti and abroad.

The articles on this page do not necessarily reflect the position of the Coordination Europe-Haiti. 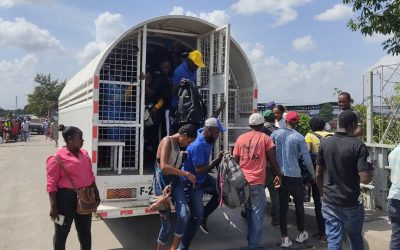 The Collectif Haïti de France, member of the CoEH, and the French Platform for Solidarity with Haiti join forces to denounce the scandalous way in which Haitian nationals and Dominicans of Haitian origin are repeatedly treated in the Dominican Republic. They also ask the French government and the European Commission to intervene urgently in this sense with the Dominican government and to support the United Nations. As Coordination Europe-Haiti, we fully support this demand.

END_OF_DOCUMENT_TOKEN_TO_BE_REPLACED 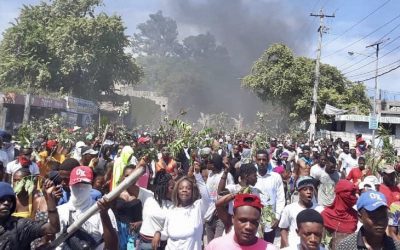 The recent announcement of the Haitian government to increase once again the prices of petroleum products caused people nationwide to protest against this decision. At the same time Haitians are flabbergasted by statements of high UN representatives ánd their own prime minister who are not only downplaying the seriousness of the current situation, but also comparing Haitian demonstrators with violent gang members, causing international media to pick up on fake news. Haitian NGOs and activists such as our representative in Port-au-Prince Colette Lespinasse tell the true story and explain what is really happening.

END_OF_DOCUMENT_TOKEN_TO_BE_REPLACED 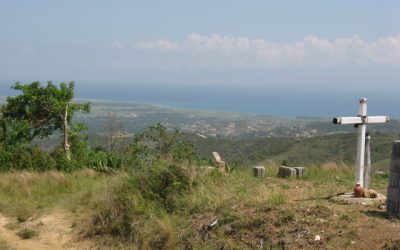 Chaos in Haiti is growing as the world is watching

The situation in Haiti has deteriorated rapidly over the past two weeks. While until recently protests and gang violence were mainly concentrated in the capital Port-au-Prince and surrounding areas, since early September the unrest has spread to the rest of the country. The rise in gasoline and food prices, which have reached unprecedented heights, is the basis of these mobilizations. We share information on the situation drawn from various sources, including among others the representative of the COEH in Haiti, Colette Lespinasse.

END_OF_DOCUMENT_TOKEN_TO_BE_REPLACED

This will be a great night out in a very good cause, raising money for workers fighting against sweatshop conditions! #NoSweat #sweatshops #unions #strikes #FastFashion #WhoMadeMyClothes #fairtrade #LabourBehindTheLabel #CleanClothes #TradeUnions #EthicalFashion #GarmentWorkers https://twitter.com/No_Sweat/status/1617565271656665091

Ariel Henry, Haiti's de facto PM, is trapped on the tarmac at the PaP airport.

Protesting police officers have it surrounded. Some broke inside.

A response to the killing of 6 officers yesterday, though its been building for years.

Browse through all published articles