Hurricane season : the cry of the people in the South of Haiti[:fr]Saison cyclonique : Le cri des habitants du Sud d’Haïti[:] 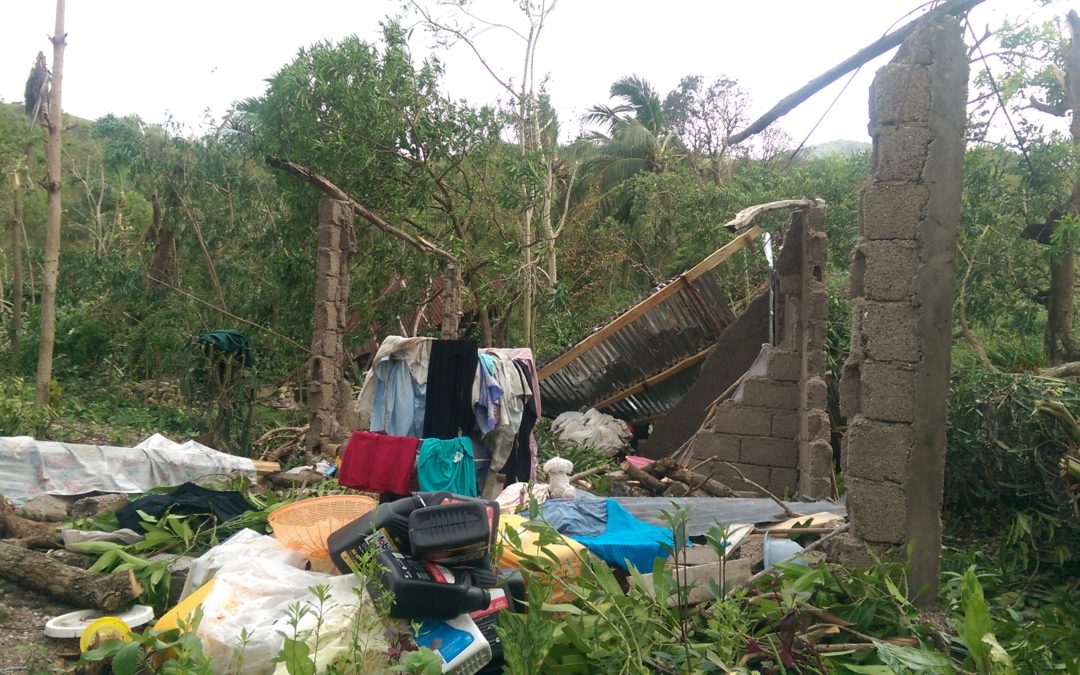 The first of June marked the start of the hurricane season in Haiti, which will last until November 30. The people all over the south of Haiti, still highly affected by hurricane Matthew of October 2016, are on alert. Many of them are still living in tents or makeshift huts which they built with rubbish from destroyed buildings after the disaster. They can’t take it anymore. They decided to give a cry of alarm directed at the Haitian leaders and the entire world, to mark the start of the hurricane season.

While the trees are slowly turning green again and the abundant tropical shrubs are more and more hiding the devastation caused by the violent hurricane two years ago, people tend to forget the human beings who lived through a painful and unimaginable experience. We should remember that people living in sheds had to face gusty winds of more than 250 kilometres per hour, accompanied by heavy rainfall. They saw loved ones die before their eyes ; they had to watch powerless how their homes broke down and their enterprises were destroyed, etc. …

After the disaster, humanitarian aid organisations helped to repair and rebuild several dozens of houses in different communities. However, these laudable initiatives are nothing more than a drop of water in the ocean, as the needs for decent housing in the south of Haiti are enormous. Most of these initiatives are located in towns and villages that can be reached by car. The large majority of communities, located in the mountains, difficult to reach, where the small farmers live, has not received much support.

The scale of the damage done to houses in the South is enormous and cannot be solved by a number of activities of good-willing NGOs. The situation requires a large reconstruction program, the building of decent houses, strong enough to survive hurricanes and earthquakes, since several fault lines cross the Grand Sud of Haiti, which may result in earthquakes. Therefore direct involvement of the public authorities is necessary, in order to dictate the norms, to choose and secure the sites, to contribute financially, etc. In short, what is needed is a reconstruction and development plan for the Grand South, which will focus not only on towns but also on the mountain communities that are now too often forgotten.

Unfortunately, the Haitian State has not given that boost up until now. When his ‘caravan of the South’ passed by, the president announced the construction of some 2,000 houses, but so far no follow-up has been given to this promise. The citizens of the rural communities in this region no longer accept this neglect of which they are the victims, this being mothballed by the government. The first of June, the start of the hurricane season, they stood up to let everyone know they exist. They cried out to voice their suffering and misery. They proposed the rapid construction of hurricane shelters, because the existing ones have all been destroyed by previous storms. They have demanded of the State the construction of at least 100,000 houses during the next five years. Who is listening to their cries?