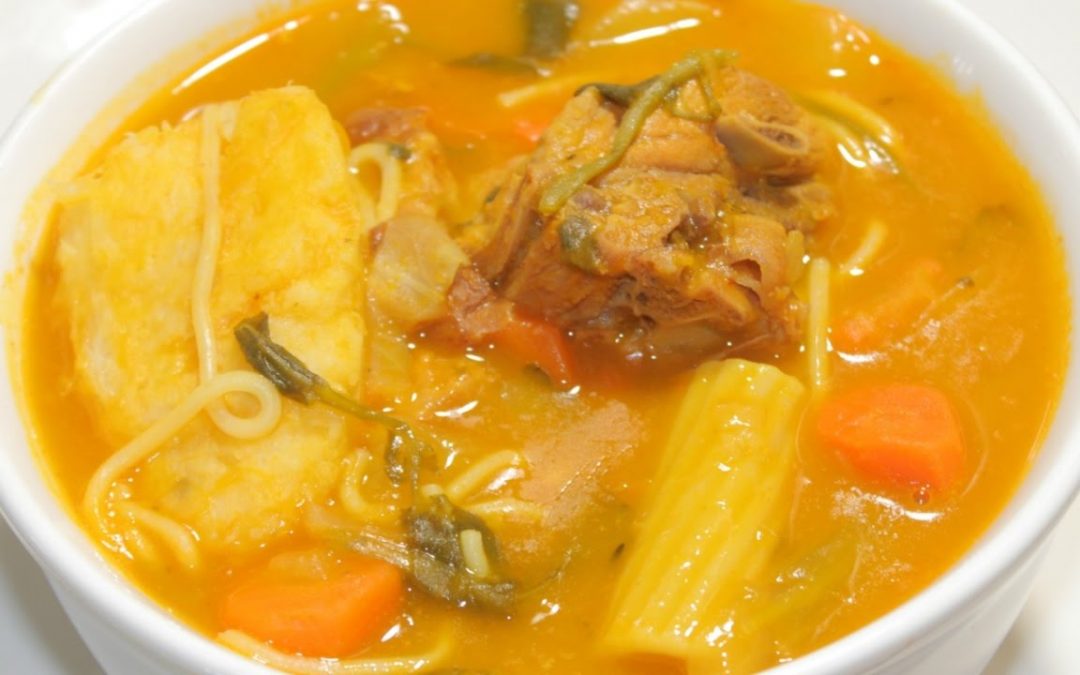 In Haiti, every first of January, the giraumont soup (also called soup joumou) flows freely. In all homes, in all social strata, both in the country and among Haitians living abroad, this soup is consumed that day from sunrise until sunset to commemorate the feast of the independence. Throughout the country and in the diaspora, soup joumou is recognized and valued. Few Haitians do not like it. We usually offer it to friends passing through the country to give them a taste of the national cuisine, serve it on a Sunday morning during friends’ meetings or on special occasions with a family or a group. This is why this soup is considered a unifying symbol of Haitian identity. And despite the crises that the country has known, and the strong migration of its population, this soup has not lost its charm.

For this January 1, 2022, the Haitian soup joumou is prepared and consumed with greater pride, because it has risen in rank. Indeed, on December 16, 2021, the intergovernmental committee for the safeguarding of the intangible heritage of UNESCO recognized this Haitian soup as an element of the intangible cultural heritage of humanity. Now, this dish is one of 630 cultural elements belonging to 140 countries which have been recognized by the UN agency responsible for cultural issues.

It is an inscription of which Haitians are very proud because it marks the recognition of the international community with regard to Haitian heritage. Several international personalities have welcomed this decision of the committee. In Haiti and abroad, on this first day of 2022, groups have joined everywhere to eat and share soup joumou in communion with all those who still believe in this nation plagued by many difficulties. The heritage value of soup joumou lies in its historical symbolism, its age value, its skillful preparation – which demonstrates know-how – and above all in its firm embedding in Haitian society. Indeed, the uninterrupted preparation and consumption of the soup joumou, also called “soup of January 1” or “of independence”, goes back more than two centuries, that is to January 1, 1804, day of the proclamation of independence of Haiti, which undoubtedly contributes to making this food a strong symbol, inseparable from the history and identity of the Haitian people.

The story goes that it was Marie Claire Heureuse, wife of Dessalines, the founder of the Haitian nation, who had this brilliant idea to ask all the inhabitants of the young nation to consume this dish as a sign of freedom, of union, solidarity, love and peace. This woman wanted that no one went hungry that day, and that this prestigious soup, which was forbidden to be consumed by slaves and which she used to treat the wounded of the War of Independence,  was to be eaten and shared with joy.

Madame Bayyinah Bello, professor at the State University of Haiti, founded and directs the Marie Claire Heureuse Félicité Bonheur Dessalines Foundation, also called Fondasyon Felicite (FF) for historical research. For several years, this foundation has carried out, every January 1, a large distribution of soup joumou in several municipalities in Haiti and has allowed around 4 to 5,000 people to taste this highly symbolic dish for the Haitian people. Prior to January 1, the foundation organizes meetings at which people from different parts of the country are participating, telling the story of this soup, conveying its historical value and giving directions for the celebration.

There are several recipes for preparing soup joumou. But certain elements are essential: first the giraumon which is a kind of squash close to pumpkin. Giraumon or turban squash is said to be the local pumpkin of the West Indies. Then certain vegetables such as cabbage, carrot, turnip, orchil and celery. Some people add beef, yams, bananas etc. The giraumon slices are cooked in a saucepan with or without beef, then the cooked pieces are crushed and mixed with the cooking water. The vegetables are then added to it. You can also put vermicelli, macaroni, banana or potato, a little butter and oil. The soup is always served hot and sometimes accompanied by bread.

So, ladies and gentlemen, friends of Haiti, unite with Haitians every January 1st by consuming this soup! And if you come to Haiti, don’t hesitate to ask for it from your partners and friends. It is a vitamin soup that will give you strength and a good mood to continue working.

Happy New Year 2022 filled with peace, health and hope for a better tomorrow!