HAITI : TO BE BORN AGAIN AND TO BUILD A NEW COMMUNITY IN ORDER NOT TO VANISH 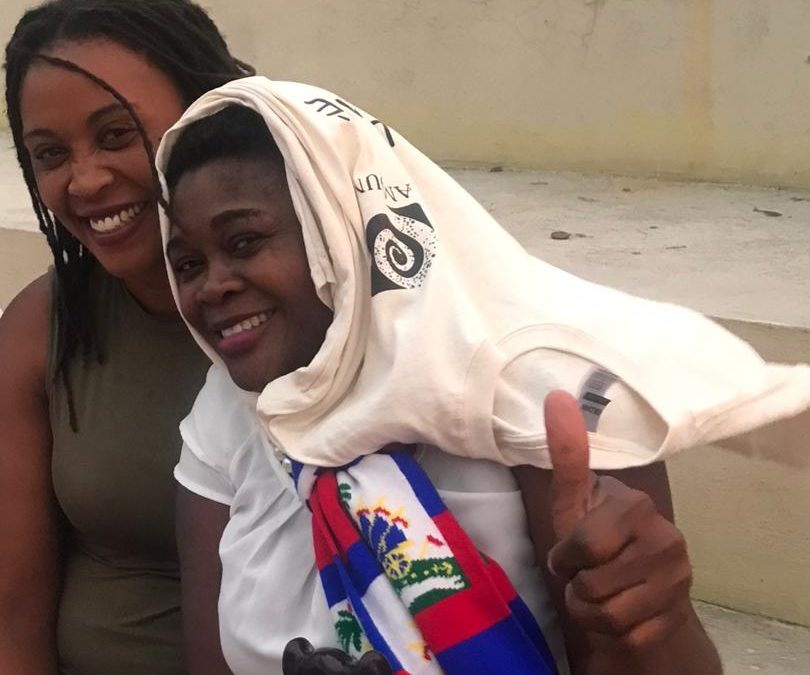 January 12, 2020, Haiti has commemorated the tenth anniversary of the devastating earthquake that took many lives and destroyed a large part of the country’s heritage. Around the world, in Europe as well as in America, this date has been remembered and many voices have joined together to renew their solidarity with Haiti.

Ten years later, Haiti still has not recovered from the catastrophe. A quick look shows that the damage of the earthquake is still visible in the physical environment of the country, in the buildings, in the bodies and hearts of the people. Despite the billions of dollars raised, few things have really changed in Haiti during those ten years. The socio-economic and political indicators are in the red. All that has happened so far is a bandage put on the wound, without diagnosing the causes which are no other than these rotten, misfunctioning structures of the State that is governing Haiti and that has not taken any actions to avoid this catastrophe.

Ten years later, the Haitian people are remembering that day, especially in the capital and the surrounding communities which were hit hardest. Churches, organizations and neighbourhood groups have organized activities. Many debates and news features were shared by the media, on what has become of the people who lived in the camps that were set up all around the capital in 2010. But the Haitians did not have the possibility to remember this important date together, coordinated by the government and with a national dimension. The president has merely put a wreath of flowers at the monument where the majority of the victims have been buried. Afterwards he has revealed the name of the company that won the competition to rebuild the national palace. No symbolic act, nothing that showed any interest in the most vulnerable people, by tackling their housing problems or lack of basic services. The people who have the state power in their hands have commemorated this tenth anniversary by completely ignoring the citizens.

On a positive and new note on this tenth anniversary: among the different groups that have organized activities there has been a lot of talk about rebirth, about the need of the new start, with a clean slate. For the occasion, people, especially young ones are looking at the future, trying to figure out what Haiti might look like tomorrow. People have been reflecting, but they also have laughed and played together, as if saying “we don’t want to die.” A group called AMOUNI (People United in Love) tried to spread the idea of a needed rebirth and of building a new Community for a better way of living together. Their motto is “This January 12, we are 12 million to stand up, here and elsewhere, for the rebirth of Haiti and the development of wellbeing for everyone”. The initiators of this movement are calling on the Haitian people to base themselves on fundamental values of their culture, their history, specifically their solidarity, to develop this new community.

Despite many positive reactions to this idea many people remain sceptical because of the gloomy atmosphere that is prevailing in the country. The political crisis, that has for more than three months been blocking all activities, has not yet been solved. And this crisis might get worse after January 13 when the parliamentary term of many senators will have expired. Many people are wondering “what will happen in 2020?” Others are feeling they should stand up and take charge or vanish.