Haiti: riots or insurrection of the oppressed against their dehumanisation? 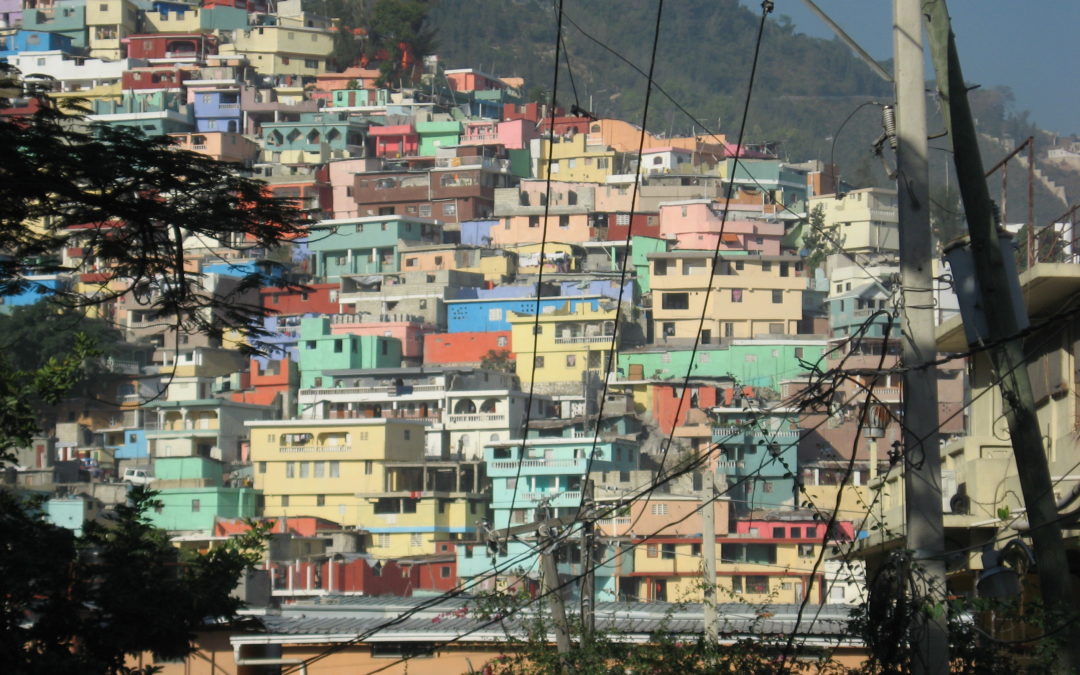 When observers tried to explain what happened in Haiti during the weekend of 6 – 8 July 2018, the image of a dormant volcano that suddenly has erupted was a much used comparison. People from all neighbourhoods took to the capital’s streets to protest against the substantial rise in price of oil products and against the consequences of such an increase on their already precarious living conditions. In the process, dozens of shops were vandalised, robbed and burned. The losses amount to millions of dollars.

How can we explain this sudden outburst? Is it organised or rather spontaneous? Many observers think it is both. True, certain groups had already announced that they would not remain quiet if the government decided to raise the fuel prices. But among the protesters were many people who did not belong to any of these groups, but instead participated because they are concerned. In Haiti, poverty has arrived at its peak, the middle class has practically disappeared, the inequalities are growing and the gap between the haves and the have nots is growing.

The events of the beginning of July are the largest political crisis so far for the current Haitian president since he took power and after the departure of the United Nations Stabilisation Mission in Haiti (MINUSTAH) in October 2017. Actually, despite the dubious circumstances of his election, president Jovenel Moise has enjoyed a relatively quiet setting for his government. Unlike his predecessors he can count on a large parliamentary majority, which enables him to pass laws easily. The badly organized opposition is weakened further by internal conflicts, not presenting any threat to the president. During the past eighteen months Moise was able to survive numerous challenges and impose his will. He even opposed the wishes of a number of donors and was bragging that he can go on alone, without foreign money. He has started an initiative called the “change caravan » using non-budgeted funds regardless numerous critical voices that state that this program is weakening public institutions. He thinks he can go on like this, without any worries.

For many observers who know the Haitian people well, this was the evident calm before the storm because things are not going as well as the president wants everyone to believe. People ask themselves if he is living in a bubble without noticing what is going on around him. Many people felt that something serious, significant was going to happen, the expression of an enormous popular resentment. But they feared the absence of convincing leadership, trusted by the population and able to guide all this.

The explosion took place at the beginning of July 2018. The increasing fuel prices, between 38 and 51%, lighted the fire. The government took the decision to raise the prices to satisfy the wishes of the International Monetary fund (IMF) that is demanding the end of all subsidies on fuel before approving any new loans. Even the European Union demands  the IMF requirements to be met before announcing the next disbursement of budgetary support to Haiti.

Forced by the street, the government backed out and announced the “temporary retreat” of the decision, suggesting its possible return. This also means that new crisis moments may occur, as the causes of these problems have not at all been addressed or resolved. The presence of MINUSTAH only temporary put on hold the continuing crisis  in Haiti.

For a while now, various symptoms of management problems show that things are not going well: civil servants have not been paid for several months; city halls were forced to close their doors because they did not receive any financial means from the central government to render services to their citizens, while at the same time members of parliament have access to large amounts of funds to intervene in matters that don’t belong to their mandate. Next, there is the issue of the current budget which met with widespread opposition but is still being maintained by the government. And there is general corruption, notably the absence of justice related to the squandering of the PetroCaribe funds, which now have to be paid back by the Haitian people themselves: 14% of the national budget are being spent on payment of this debt, more than has been reserved for health care….  In short, a mix of resentments just waiting for a spark to explode.

Everything that happened during the 6 – 8 July weekend is, according to all analysts, just the expression of  a people sick and tired of being oppressed too long, who stand up to demand their dignity to be respected. There are three causes for this last uprising : a deaf and blind government, disconnected from the reality of the people, without any form of dialogue, of consultations and above all without any social safety net to tackle the growing poverty; the arrogance of a wealthy class that cares little about what is going on around them and that is comfortable within an outdated economic and political system, closely resembling a form of apartheid; the weakness of a civil society that, despite the efforts, does not succeed to propose reliable alternatives and above all is lacking the necessary strength to change the Haitian state.

While regretting the loss of human lives and the damage that resulted from these recent riots, one also has to condemn the systematic violations of fundamental rights of a large part of the Haitian population. Without recognition of the right to participation, to equality, to food, to education, etc. no development will be possible. The Haitian people are more and more aware of their rights and of the violations of these rights, and they search everywhere for ways to defend themselves.

Keeping this in mind, the Haitian writer Lionel Trouillot, who often reflects on the Haitian political and economic system, wrote the following lines shortly after the riots: “There are those who persist and sign and refuse to understand that we are at the end of something, that the last events are a strong sign that something here has to change in social relationships. There are those who believe that it is enough to compensate the owners who have lost goods in order to return, quietly, to the past, to that society of near-apartheid, to that society that has produced the most social inequality in the Caribbean and in the world. There are the fantasies of certain domestic negros who want to be popular with the rich and who close their eyes for the welfare of the majority. There is that president who does not draw lessons… There are all those crypto-intellectuals-thinkers-technocrats-experts who have forgotten one thing: the radicalisation of the power practices to maintain the inequality inevitably generates the radicalisation of the expression of ways of riots and resentment.”

These days the oppressed in Haiti are starting to become more radical. The statements in the press after the riots have shown this. They point out the unjust and cruel situation that is forcing people more and more into extreme poverty. Will the groups that hope for a real and sustainable change in the country find the ways to transform this new crisis into something positive for the future of the country?