Haiti : Intensifying manoeuvres for a new constitution and the organisation of elections against a background of great insecurity 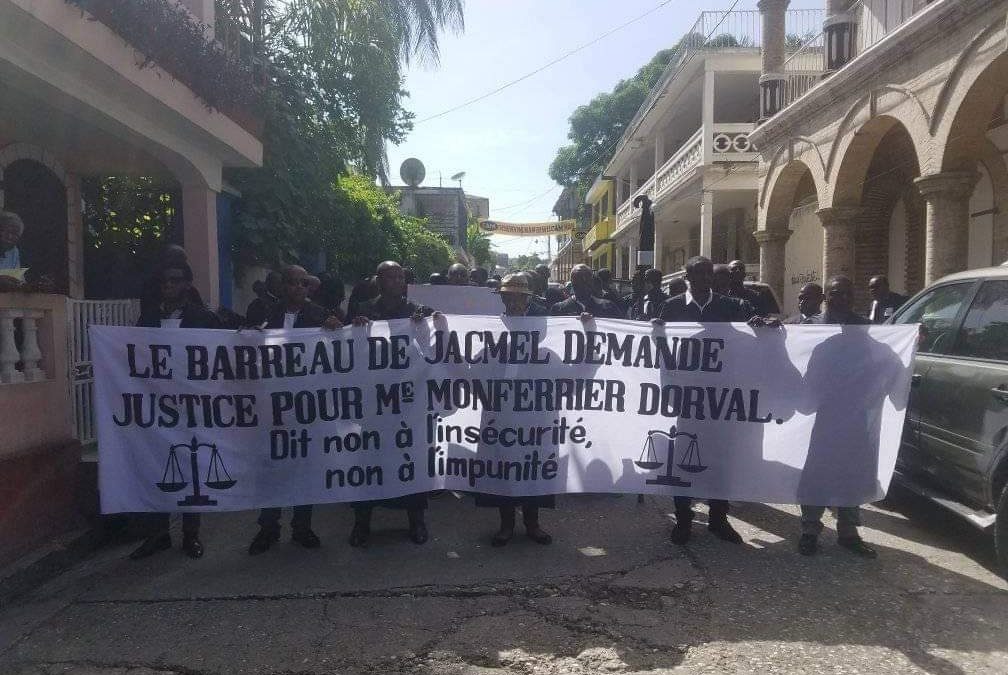 Recently, the president of the Republic of Haiti, Mr Jovenel Moïse, seems to have wind in the sails and more than one iron in the fire. One moment he is working on the elections which he is pretending wanting to organize as soon as possible, and the next moment he  wants to produce a new constitution no matter what. So far no date for the elections has been announced and the president does not seem to have any of the means at his disposal necessary to organize them. Ever since the Temporary Election Council (CEP) resigned en masse, the president has been searching everywhere for allies to compose a new Council. But the sectors that traditionally form part of the CEP have all declined to participate unless there is a real political consensus in the country. Still, the president has announced that he has already more than the seven required names in his pocket to form his election council.

At the same time, the president is doing everything possible to produce a new Constitution. Some people are wondering what will come first: the Constitution or the elections? Nobody has any clear idea about the intentions of the president. Anyway, every week during the month of August, activities took place at the National Palace where unknown groups came by to present their proposals for a new constitution. The streets of Port-au-Prince  are lined with numerous banners claiming the same thing. And there is talk that everywhere in the countryside meetings are being organized on the same issue. It looks like a nice machinery is being set up to deliver a new Constitution, without participation of vital sectors of society, all by a president who has been asked to resign while the country is in economic and political crisis.

The Integrated Bureau of the United Nations in Haiti (BINUH), which mandate includes the support of constitutional reform, has remained silent. More than one person has asked if the United Nations are behind all these manoeuvres, which are a clear violation of the fundamental right of the Haitian people to have rules in place to direct themselves. In a discussion paper on the presence of BINUH in Haiti, published in January 2020, several civil society organisations gave the following warning: “The organisations are concerned as to whether the letter of General Secretary Antonio Guterres dated May 13, 2019 is predicting assistance of the BINUH with regard to a constitutional reform of the Haitian government. The Haitian organisations are warning about a possible support of the United Nations for this constitutional reform while the democratic institutions in the country are not in place at the moment and the president is very unpopular.”

The current constitution has been approved by votes in 1987 after the fall of Jean Claude Duvalier, when the people were rejoicing and happy, having brought down a vicious dictator, and they were determined to follow the road to democracy and progress. Everything, up to military coups, has been done to prevent its implementation, especially concerning the Constitution’s most innovative parts. Listening to the opponents and especially to the president, the current constitution does not give him much power to act. So he wants to get rid of an annoying straitjacket to return to past practices when the president had all the power. Surely, after thirty years, everyone agrees that it is time to revise the constitution or to make a new one. The opposition is also pleading for a new constitution, but not under the current conditions, without any consensus. We also don’t want a document that has been produced by obscure backroom boys in order to take away the democratic assets that have been won through an enormous struggle by the Haitian people

While this dance macabre is being playing, insecurity in the country continues to rise. Every day spectacular murders happen, taking human lives in all areas, while repression continues in the popular neighbourhoods. The latest killing that caught a lot of attention was the assassination of the lawyer Monferrier Dorval, distinguished professor of constitutional law, president of the Haitian Bar Association, who was murdered in front of his house during the evening of Friday August 28th. In Haiti, fear is slowly setting in. At the same time, demonstrations against these happenings are being announced.

In the history of Haiti, dictatorships always begin as follows: the preparation of a new constitution that is imposing new rules, often with some kind of support from one or the other international community and custom-made elections. Is Haiti at the crossroads of the establishment of a new dictatorship?