HAITI : education at market prices on the radar of Justice 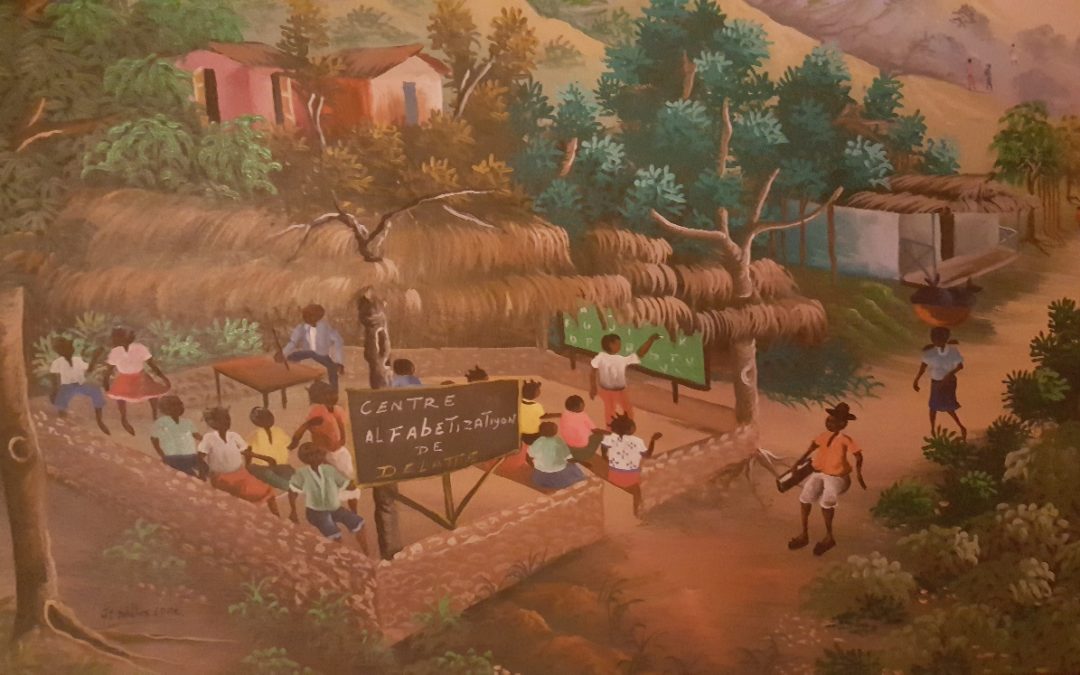 In Haiti more than 80% of school education is in hands of the private sector. In an extremely poor country as Haiti (in 2018, the national rate of poverty in the country is 58,9% while the level of extreme poverty lays at 23,8%)[1] this is considered an important indicator of  inequality. While for a long time parents have been accepting this as a reality and knocked themselves out to enable their children to go to school, they are less and less able to bear these costs. All sectors of society have become poorer due to the never-ending crisis that has rocked the country for several years now. In June  2019 the rate of inflation reached a new height of 18% and the national currency, the gourde, has lost more than 20% of its value during the first six months while salaries came to a standstill.

For several years already, private schools that wanted to increase their profits have started to get involved in business models that lead to direct competition with other actors.  And at the start of the new school year on the second Monday of September, to cover their increasing running-costs, schools have been adjusting their prices, some up to almost 100%. Confronted with this unprecedented increase of school fees many parents have protested. To force the school boards to do something to alleviate this bitter pill, some have actually appealed to justice, appealing to a law that has been issued in 2017, “the law on school fees still called Bastien law”, the name of the senator who had fostered this law in order to try to limit these excesses. Several congregational schools, among them the most highly esteemed schools now find themselves being scrutinized by the Law that is acting as moderator in this conflict between schools and parents which has only just begun. So the system is starting to burst.

In Haiti, even though the State is in charge of only 20% of the schools, it cannot make these public schools run well. The teachers of these public schools are often on strike because they have not been paid. And while the public educational service remains of poor quality, the demand keeps growing, in line with the growing population. This situation opens the door to a large educational market where the private sector rules. Here and there private schools are opening, often lacking appropriate buildings and using poorly qualified teachers while trying to satisfy this demand. In this chorus you will not only find private investors but also churches and community groups that get together to start a school. in this, the emigrated Haitians play an important role by the money transfers they send back home. A number of schools also benefit from support by solidarity organisations in Europe and the United States to help cover the costs.

Parents know that without schooling their children will not achieve anything and education is the open door to many possibilities and a better future for their offspring. So every day they work themselves to death to find the means to pay the school fees, to buy the school supplies, pay for transport and take care of the food for the child that is going to school.

Some observers and analysts who have been commenting on the conflict that has erupted between parents and private school boards at the start of the new school year are afraid of yet another deterioration of the quality of Haitian education and of a disturbance of the school year. Others are happy about it because they think that this is an important national awakening where people are starting to understand that education is a right and that it cannot be considered like any other merchandise, even when the private sector is playing a role here. And the question is, if the Haitian state that has so far never taken its responsibilities to guarantee access to education for all its citizens will be able to resolve this conflict.