Haiti/Dominican Republic: The construction of a wall at the border concerns organizations in both countries 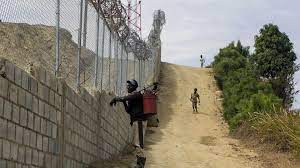 On February 21, 2022, the Dominican authorities launched the much trumpeted construction of an electrical wall approximately 380 kilometers long on the border with Haiti. The first stage of this project was initiated in the North zone, more precisely on the Dajabon side, and includes the construction of 54 kilometers of reinforced concrete and metal structures, 19 control towers, 10 access gates for patrols and a whole battery of “modern technology for the control and recognition of people”, all for a value of 1.750 million pesos (about 26 million five hundred thousand euros).

Long before the announcement of this ambitious project, the Dominicans had already erected a concrete wall at Elias Pinas, not far from Belladère, in the Center department. The control of migratory and commercial flows, smuggling, drug and human trafficking are the arguments put forward to justify this project. According to information published in the press, the Haitian authorities were informed of the project in a telephone communication with the Prime Minister, only the day before its launch. 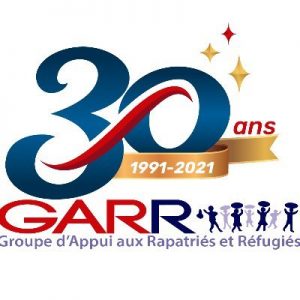 Not everyone within the ruling party or in civil society organizations in the two countries is in agreement with the decision of the Dominican government. Voices were raised both in Haiti and in the Dominican Republic to condemn the decision. “Walls divide, bridges help to communicate,” wrote the Dominican newspaper Acento in an editorial on February 21, 2022. For its part, the Support Group for Returnees and Refugees (GARR), a Haitian organization for the promotion and for the defense of migrants’ rights, denounced the decision in a press release. “The construction of this wall is of great concern to the GARR, because it represents an obstacle for the border dynamics, as well as the close relationships existing between the Haitian and Dominican peoples who strive to live together in peace and harmony“, wrote the organization.

The Mesa Nacional para las Migraciones y Refugiados en la Republica Dominicana, a platform of organizations around the theme of migration, expressed its indignation at this project. Instead of a wall, the platform prefers to call on the Dominican government to adopt measures to encourage the two populations to live in brotherhood like what happens in many countries.

“Building a wall on the Dominican-Haitian border will not stop irregular migration, nor organized crime or human trafficking,” stated the Mesa Nacional para las Migraciones. “What matters on the Haitian-Dominican border is not a separation wall, but rather the strengthening of solidarity between the two countries. Let’s preferably build the wall of conviviality and good neighbourliness,” the organization wrote. 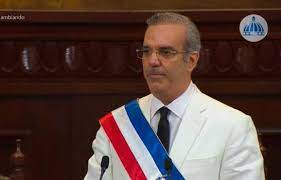 The decision of Mr. Luis Abinader, the current Dominican president, to realize this dream that has long been cherished by nationalists but with which several of his predecessors hesitated to go ahead, is a big surprise. Indeed, the coming to power of president Abinader in August 2020 had raised great hopes for significant progress in the relations between the two countries. His inauguration speech, as well as the presence in his government of several personalities known for their position in favour of respect for the rights of Haitian migrants and a better understanding of the migratory phenomenon, had suggested that the new leaders were going to act differently than their predecessors and would help strengthen relations between the two countries. Unfortunately, this is not the case. Since Abinader came to power, forced repatriations have intensified and reached levels of serious scandal, as was the case at the end of 2021 with the arrests and deportations of pregnant Haitian women and hospitalized people, including women about to give birth.

Despite this sad decision, the organizations involved in initiatives to strengthen good relations between the two countries have not stopped working. Since the beginning of 2022, several Haitian and Dominican organizations have announced activities aimed at bringing the Haitian and Dominican people closer together. Most of these activities, some of which have received funding from the European Union, are cultural in nature and involve people from both sides of the island. At the same time, concerted efforts between civil society organizations operating at the border or defending the rights of migrants are continuing.