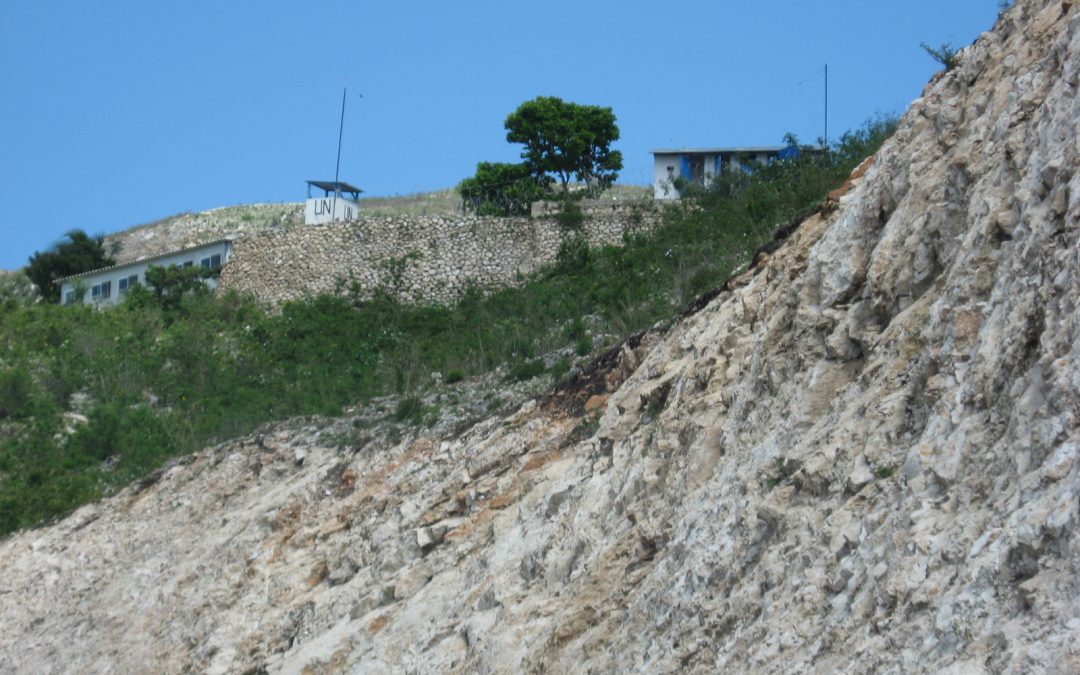 This month marks the tenth anniversary of the introduction of cholera in Haiti, due to the neglect of United Nations troops belonging to the MINUSTAH (United Nations Mission for Stability in Haiti). To mark this occasion, various Haitian organisations conducted a popular tribunal to symbolically judge the United Nations, the Haitian State and the company Sanco SA for serious neglect causing the death of more than 8.000 people and contaminating more than 10.000 others, not counting the economic, social and moral damages inflicted upon the victims and upon the country as a whole.

At the tribunal, held in Port-au-Prince on the 20th of October, victims and representatives of their associations spoke to explain what they went through once they had caught cholera. Leaders from the world of Vodou, health and farmers associations spoke about the effects the cholera epidemic had on the Haitian people.

The victims and their advocates presented solid arguments to show in what ways the United Nations has violated various human rights, among them the right to life, to health, to water, to a healthy environment and to non-discrimination. They rejected out of hand the grounds of immunity mentioned by the UN to evade their responsibilities of having introduced cholera in Haiti. “One of the top priorities of the United Nations is to promote and to enforce human rights. Like states, the UN has to respect these rights within its institutions and missions. The UN can by no means refer to its immunity to evade its responsibility” was the opinion of the tribunal before accepting to review the case.

For more than six years, the UN denied having anything to do with the introduction of cholera in Haiti. But faced with the advocacy of national and international human rights organisations and scientists of American and European universities who helped searching for evidence about the source of the cholera that had contaminated the country and caused so many deaths, the UN was forced to change its strategy. “The existing approach is morally unconscionable, legally indefensible, and politically self-defeating”, wrote Philip Alston, Special Rapporteur on Extreme Poverty and Human Rights. In a message to the Haitian people delivered at the end of his mandate, the general secretary of the United Nations, Ban Ki Moon, had recognized the moral culpability and had announced a ‘new approach’. In the document presented at the tribunal one can read “The measures taken up until now are insufficient and certainly not in line with the enormous damage caused to our country, to the relatives of the victims or to their communities.”

In the verdict published at the end of the tribunal, the organisations in charge of the initiative sentenced the UN to compensatory damages for the ongoing harm arising from its failure to act. The compensation asked for amounts to 50.000 dollars for each person infected with cholera, 100.000 dollars for the representatives of the next of kin of each deceased cholera victim, as well as the implementation of community projects benefitting the indirect cholera victims. The verdict also demanded that the Haitian state installs a claims commission while making arrangements enabling all victims to be identified. with regard to the enterprise SANCO, the company in charge of cleaning the septic tanks at the UN military base in Mirebalais, which had dumped the waste and faeces in the Meille river that connects with the Artibonite river, this company was sentenced to pay 100 million gourdes (1.334.210 EURO) compensation to the next of kin of deceased cholera victims as from October 2010.

The initiators of this popular tribunal on cholera have indicated that the event will lead the way to similar tribunals judging other crimes committed by the United Nations in Haiti, specifically rape and sexual exploitation. In line with one of the resolutions of the international symposium on the crimes committed by the UN Mission in Haiti, that took place in Port-au-Prince in December 2019, the initiators  are encouraging organisations in other countries to hold similar tribunals assessing these crimes.