Haiti, a country in crisis 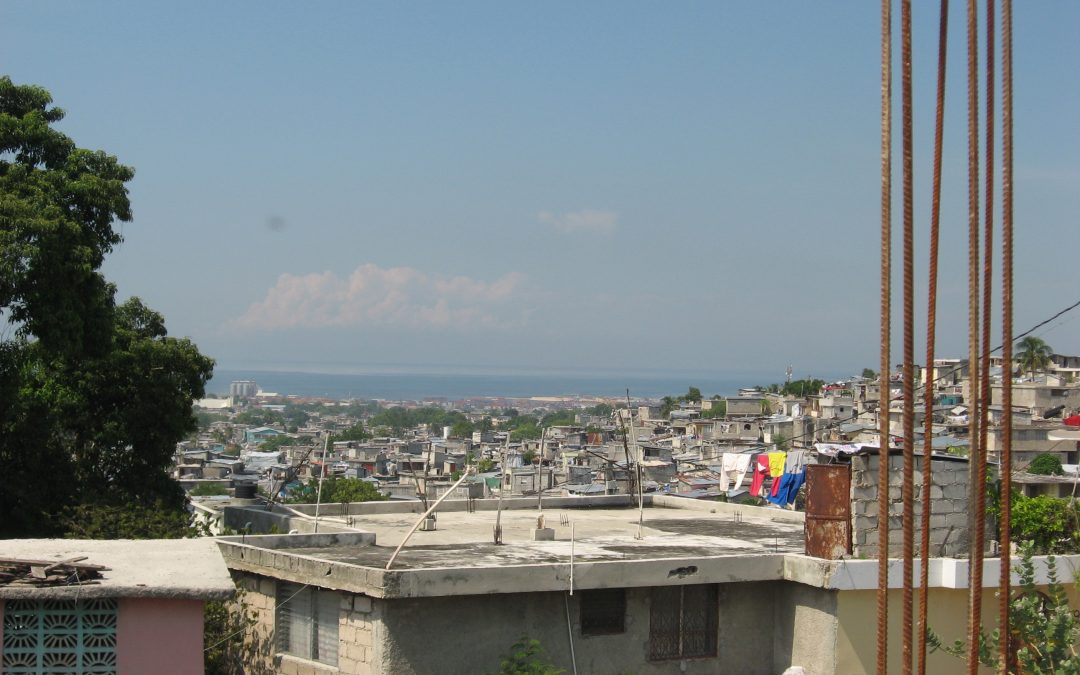 International community is supporting a corrupt and incompetent government

An assassinated president, a massive earthquake followed by a tropical storm, and thousands of migrants seeking a better life stopped at a border. Armed gangs that control much of the capital. And now number one on the list of countries with the most kidnappings per capita. Haiti is having a hard time. And yet there are people who believe there is a future.

On October 15, members of the United Nations Security Council met to discuss their involvement in Haiti. The mandate of the United Nations Integrated Office in Haiti, BINUH for short, which started in 2019, expired that day. The fifteen members of the Council unanimously decided on a nine-month extension, with the remark that an assessment should be done within six months to look at how the Bureau can operate more effectively. And how BINUH can support cooperation between the Haitian authorities, civil society and other stakeholders, as well as strengthen the rule of law and promote respect for human rights.

All parties are called upon to participate in a national dialogue that should ultimately enable peaceful, fair, free and transparent elections, preferably as soon as possible. Linda Thomas-Greenfield, representative to the Security Council on behalf of the United States, said that Haiti had had a particularly turbulent year, and that the resolution now adopted would help the UN continue its important work in Haiti. “Now is not the time for the Security Council to walk away,” but to ensure that Haiti receives the support it needs. Haiti, this UN decision will have been met with skepticism. If they have even paid attention to it. Because the Haitians have something else on their mind. Parliament has been dissolved for nearly two years, the president was assassinated in July, a massive earthquake caused death and destruction in the south-west region of the country, and armed gangs are making life impossible.

At the moment, Haiti is one of the most unsafe countries in the world. According to the British consultancy Control Risks, cited in The Washington Post, there are currently in absolute terms more kidnappings in Port-au-Prince than in the much larger cities of Bogotá, Mexico City and São Paulo combined. There have been six times as many kidnappings this year as in the same period last year. There were 395 kidnappings in the first six months, and a staggering 117 in September. And no one is safe: doctors on their way to work, pastors delivering sermons, a bus full of passengers, and even patrol officers are being kidnapped for amounts ranging from a hundred to more than a hundred thousand dollars. And as I write this, there is news about yet another kidnapping: of a bus with seventeen American missionaries, who were on their way to the airport after visiting an orphanage.

Analysts blame the surge in kidnappings on the growing desperation in the country, rising police corruption and increasing gang violence amid a political vacuum. Haitian gangs are said to team up with influential politicians and businessmen. According to The Washington Post, some analysts suggest the wave of kidnappings is linked to broken deals and shifting alliances after the murder of Jovenel Moïse. 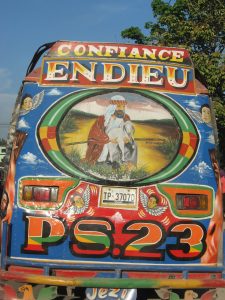 Whatever the reasons, it is clear that the UN Bureau has not come close to achieving any of its objectives (strengthening the rule of law, increasing respect for human rights, supporting the police and authorities). Haitians have long since lost faith in the international community.

But while it should be clear to anyone involved in Haiti that current UN policies are not working and are actually making the situation worse, it remains impossible to convince that same international community, with the US leading the way, to change their policies. Voices from within, such as US special envoy to Haiti, Daniel Foote, are also being ignored. Foote was appointed in July following the assassination of President Moise, and resigned following the US government’s decision to deport thousands of Haitians, trying to cross the Texas border from Mexico, back to Haiti. This despite the unsafe situation outlined above. He recently explained his decision in a conversation with members of the Foreign Affairs Committee of the House of Representatives. The US has decided that elections should be held in Haiti, and has anointed and supported political leaders who have “raped” the country, he told the committee. “Our political interventions have never worked. We have always prioritized stability, rather than looking for the causes of the instability.” Foote is no longer able to defend US policy on Haiti.

He is not alone in being critical of President Biden’s policies. Within the Democratic Party, there are more opponents, such as Andy Levin, Michigan State Representative and member of the Foreign Affairs Committee. But in addition to all the misery, Levin also identified a new development in the conversation with Foote, a ray of hope. He even called it one of the most important developments in Haiti since the fall of the Duvalier dictatorship in 1986. Levin is referring to the agreement of 30 August last reached during the Conférence Citoyens pour une Solution Haïtienne à la Crise, organized by the Commission for the Search for a Haitian Solution to the Crisis. The agreement concerns a detailed plan to get out of the crisis together and has since been signed by more than 650 Haitian organizations. Among them political parties, trade unions, peasant organizations, the Haitian Bishops’ Conference and the Federation of Protestant Churches, women’s and human rights organizations. In short, a broad representation of Haitian society. The first priority of the agreement is to create national stability, a precondition for a return to a normal constitutional situation and the restoration of democratic order. This is easier said than done, but what follows is a detailed roadmap for a two-year transition period, with proposals for its organization and how the executive power should be monitored during that period. A National Transition Council (CNT) has already been appointed and consists of twenty-seven representatives of social organizations and twenty-five representatives of political parties. The transition period will start with the installation of a temporary government, which should at least ensure that people can walk safely on the streets again. The armed gangs, who control an increasing part of the capital Port-au-Prince, must be stopped. Security is an absolute precondition for free elections that will form the final part of the transition period.

One political party is excluded from participating in this national agreement: the party of the murdered president Jovenel Moïse and of his predecessor Michel Martelly, PHTK, as this party is held responsible for the problems of the past ten years. Most Haitians therefore agree that the current prime minister, Ariel Henry, who belongs to the PHTK, cannot be part of the solution. Foote, the former Special Envoy to Haiti, also emphasized this during his conversation with the Foreign Affairs Committee of the House of Representatives.

Several prominent Haitians are calling for attention in the American media for their country in crisis. Internationally renowned film director Raoul Peck (known for the film I am not your Negro about the life of James Baldwin) wrote on the Just Security website about the August 30 agreement and that he had not seen this kind of positive energy since the fall of the Duvalier regime. He has attended Commission meetings through Zoom, and by commenting on documents and sharing his own suggestions, he and many other Haitians have participated in the formulation process of the August 30 deal. He is emphasizing that the time has now come for the US to recognize the historic achievement of this new civil society agreement, to stop standing in the way of its success and end support for the “current corrupt regime.”

A very personal testimony appeared last month in the American newsmagazine Newsweek, where Pierre Espérance, director of the Haitian human rights organization RNDDH, describes how he grew up during the dictatorship and how his first introduction to democracy came through encounters with American and European missionaries. They explained that there were other ways of life than under a dictatorship. “I understood what democracy meant because Americans and others told me. I understood the rule of law because I heard about it from Americans. Since then I have spent my career fighting for human rights, democracy and the rule of law in Haiti.” 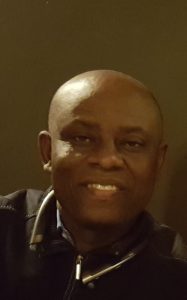 Then it hurts to see Haitian migrants denied entry to the US. And it feels like betrayal, because the reason they left their homes is the American policy that is destroying the democratic institutions in Haiti. “The US chooses to support people in power, no matter how corrupt or incompetent, in the name of stability. But the result is that such support destabilizes Haiti and leads to migration,” Espérance writes.

My name is Peter Hope!

“In Haiti today, you have to check the radio news and Whatsapp to figure out which road to take to the market… There is rarely electricity and you have to wait in line to get fuel to power a generator or drive a car. Hospitals, clinics and schools have closed because of the danger.” Espérance describes how the armed gangs control almost half the country. “If the US and other countries cut off the ruling party PHTK, the gangs would lose considerable power.”

Espérance ends his plea as he began, how he was inspired by democratic countries like the US. “I still am. I just hope that American officials don’t see these ideals as reserved only for their own people. I hope they foster these ideals when they set foreign policy in my country, too — and when people from my devastated country on the American border come pleading at the US border for protection.”

I have known Pierre Espérance for over twenty years and have talked with him countless times, here in the Netherlands and in Haiti. I often accompanied him in the Netherlands on visits to the Ministry of Foreign Affairs or during meetings with journalists. There was always the question: “How do you keep up with this work, under these circumstances? Where do you see a ray of hope?” His answer was invariably: “What else can I do? There is always hope. My name is Peter Hope!”

This article is written in a personal capacity and has originally appeared at www.lachispa.nl