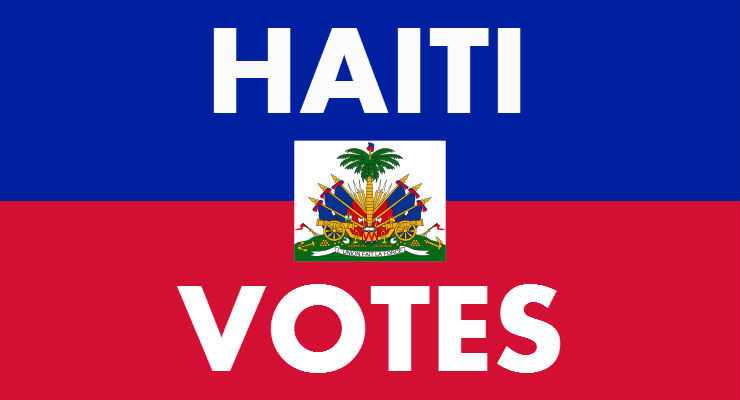 In 2015 elections were finally organised in Haiti. The electoral process, which accumulated up to four years of delay on the constitutional agenda, was expected to become very difficult. No less than 5 elections needed to be organised in parallel. The first round, on the 9th of August, was marred by violence and cancelled in several voting districts. At national level no less than 18% of the procès verbaux (PVs, i.e. tally sheets) were lost. If the second round, organised on 25th of October was held in a relative calm, accusations of major irregularities and massive fraud have necessitated the creation of the Independent Electoral Evaluation Commission (CEEI).

The report of the CEEI, in which words were chosen with remarkable semantic acrobatics, is nevertheless clear on certain aspects: “The collected testimonies are unanimous to acknowledge that the elections of 25th of October were marred by irregularities, and that several candidates have benefited through their representatives in the [polling booths (BV)] of these irregularities close to fraud.” The Commission reveals that only 8% of the PVs does not present any irregularity and that 46% presents 3 or more.

As if nothing was going on, the third round – second round for the presidential elections – was announced by Haitian authorities to take place on 24th of January. Persistent pressure from political parties and civil society were able to force the authorities to postpone the elections sine die on the 22nd of January. For the friends of Haiti – the international community – the organisation of the vote on the 24th of January would have been “a step in the right direction”. The Deputy Chief Observer of the EU Observation Mission (EU-EOM), José Antonio De Gabriel was comforted by the CEEI report: “In the immense majority of cases, as we have proven through our verification, the errors are easily interpretable in the light of the PVs themselves and show sometimes fatigue, lack of motivation or lack of training”.

The verification by the EU-EOM to which Mr. De Gabriel refers, analyses the verification of 78 PVs by the National Bureau of Electoral Contention (BCEN). The report of the EU-OEM does reveal that the BCEN has effectively been very severe in certain judgements of treated PVs. But the report also shows something completely different: an extremely permissive methodology to judge on irregularities confirmed by the BCEN. While the BCEN suggested that all the PVs should have been sanctioned, the EU only found 3 PVs that showed indications of fraud[1].

The report of the UE-EOM became an important reference for those in favour of the continuation of the existing electoral process. Both President Martelly and US Ambassador Peter Mulrean refer to the report to support their argument that they “haven’t seen any proof of massive fraud”. Let us examine a bit closer to what the EU-EOM describes as “errors that are easily interpretable” by entering in a few details of their report[2].

A little good will

Let us start with those irregularities that we could consider as minor. We could say that some crossing-out was the result of a simple human error while filling in the PV. The lack of zero’s for candidates that did not obtain votes could also be “excusable”. The absence of a name or a signature of polling booth personnel or political representatives could also be accepted if no other irregularities are found in the verification of the PV and its additional documents (we’ll come back on this).

For other irregularities we can determine a threshold to decide whether it can be attributed to human error. As such, a difference of ballot papers received at the opening of the polling booth and those used and remaining at the end of three seems reasonable, as does the lack of two signatures in the Partial Electoral List (LEP). Those errors seem – with a little good will – “excusable” and the BCEN has been very severe in sanctioning all of them. But, when applying these criteria, we identify only 27 “excusable” cases, which seems far away from the 73 cases from the EU-OEM.

First of all it is striking to see that a foreign observation mission declares that certain data are “non-essential”, while the electoral decree stipulates that they should be included in the PV. The number of ballot papers received at the opening and those remaining at the end are effectively essential to verify a PV and determine the importance of the difference. We cannot call those data “non-essential”.

To verify if the serious accusation of multiple voting by political party representatives is true, an accusation confirmed by many observing organisations, two sets of data need to be compared. The electoral decree demands that every voter needs to put the number of their CIN (National Identification Card) and their signature in the LEP. Political party representatives vote on an additional list, outside of the LEP. The difference between the quantity of voters that have voted through the LEP and the votes cast in a polling booth should correspond to the number of persons who have voted on the additional list. It is obvious that the LEP along with the additional list is essential for this verification. However, neither the absence of the LEP, nor that of the additional list poses a problem for the EU-EOM. Note that according to the CEEI the additional list was absent in 60% (!) of the verified PVs.

In other cases, contrary to the prescriptions of the Provisional Electoral Council (CEP), the PVs contain the proof of the presence of at least two political party representatives in a polling booth, or that of the presence of an observing organisation that had been forbidden due to selling their accreditations. In fact, none of these two infractions was suspicious for the EU Mission, not even if a candidate had been declared winner in the respective polling booths with close to or more that 50% of the votes cast.

Another serious irregularity is the absence of the signature of polling booth personnel. True, this could be an “excusable” error when they have forgotten to sign, but there can also be valid reasons for which they have chosen not to sign. This irregularity should – according to us – be a criterion for a further verification of the PV and its additional documents. In one case, not only were two of the three required signatures lacking, but also two of the three CIN of the polling booth personnel. The EU-EOM did not see this as a problem.

The fact that the EU-OEM found indications of fraud for only 3 PVs shows that the mission has been very permissive in accepting serious irregularities. The impossibility to verify whether there has been fraud – through the simple fact that essential data is absent – seems enough for the EU Mission to dismiss the possibility of fraud. According to our verification no less than 25 PVs should have been sanctioned, 24 others would need the additional documents for a thorough verification and only 27 could have – with a little good will – been accepted. Some of the same irregularities that the EU-OEM qualifies as simple human error, have been categorised “serious” by the CEEI. Paradoxically, the EU Mission seems to see in that report the confirmation of its own verification.

Many questions rise. One of them is to know if this permissive stance – often extreme – towards serious irregularities comes from a bad comprehension of the process and the context, or from the intention to minimise very real problems in order to complete a heavily criticised electoral process. Let us remind that according to the CEEI 46% of the PVs showed at least three serious irregularities. Why push forward an electoral process while we should be well aware that the legitimacy of those elected will suffer from it ? Why organise elections if even the candidate that turned out second in the race for the presidency refuses to participate in these conditions ?

The time has come for foreign observers to stop legitimising a heavily contested electoral process that wants to pretend that a president chosen by some, was elected. Elected, by who ?

[1]     Note that of the 78 PVs analysed by BCEN, two had already been sanctioned by the Vote Tabulation Center (CTV). The 3 PVs that according to the UE-EOM contain indications of fraud are added to those two.