Forum on the Right to Food in Haiti 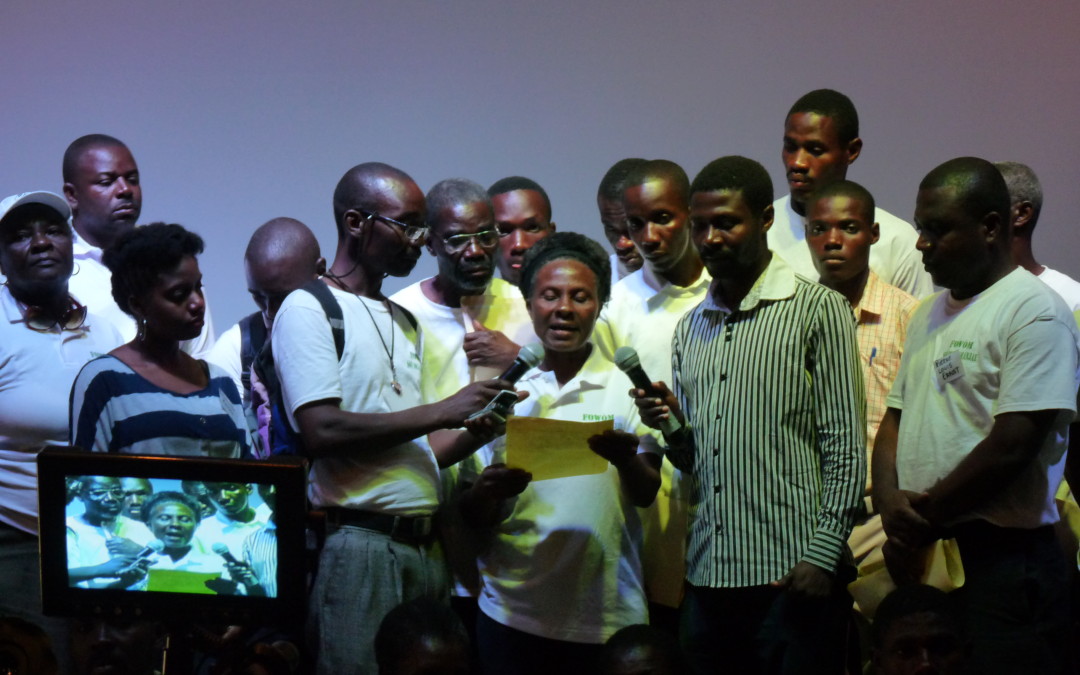 “Let’s fight together to make the right to food a reality!”

With this message, 8 Haitian partner organisations of Broederlijk Delen organised a forum on the Right to Food at the University of Limonade, in the North of Haiti, on 24 and 25 May 2016. National Human Rights Organisations and Farmer Organisations from the North East and the Central Plateau joined forces and mobilised organisations of local farmers for the forum.

According to recent numbers of the Food and Agriculture Organisation of the United Nations, 3.8 million Haitians don’t have access to sufficient food. Food insecurity is particularly high in the rural areas. There, persistent drought and lack of government support make it increasingly difficult for families of farmers to produce food.

In 2015 the platform of human rights organisations POHDH, a partner organisation of Broederlijk Delen, published the results of a survey taken among farmers in different regions of Haiti. The report denounced the violation of the Haitian population’s right to food and demanded attention for the precarious situation of farmers in the country and their rights. As a result of this report, it was decided to organise a meeting with civil society organisations and the government.

The principal objective of the Forum was to start a dialogue between the Haitian civil society and the government about the right to food in the country. It is very necessary and urgent that the government takes steps to ensure this right. The different debates gave much food for thought.

For example, the participants established that the legal framework for the right to food in Haiti is insufficient, that there is too little support for familial and sustainable agriculture, that urgent measures must be taken to preserve the environment and that many foreseen projects in the country – like the exploitation of gold reserves – will further endanger the right to food.

The right to food is a fundamental right, not a privilege

The participating organisations are all concerned with the right to food and it was a theme that really brought them together. In concrete terms, they all worked together on a declaration to present after the forum. This declaration contains a number of recommendations and propositions for alternatives for the government. It will be used on the occasion of World Food Day (16 October).