Covid-19 is increasing in Haiti 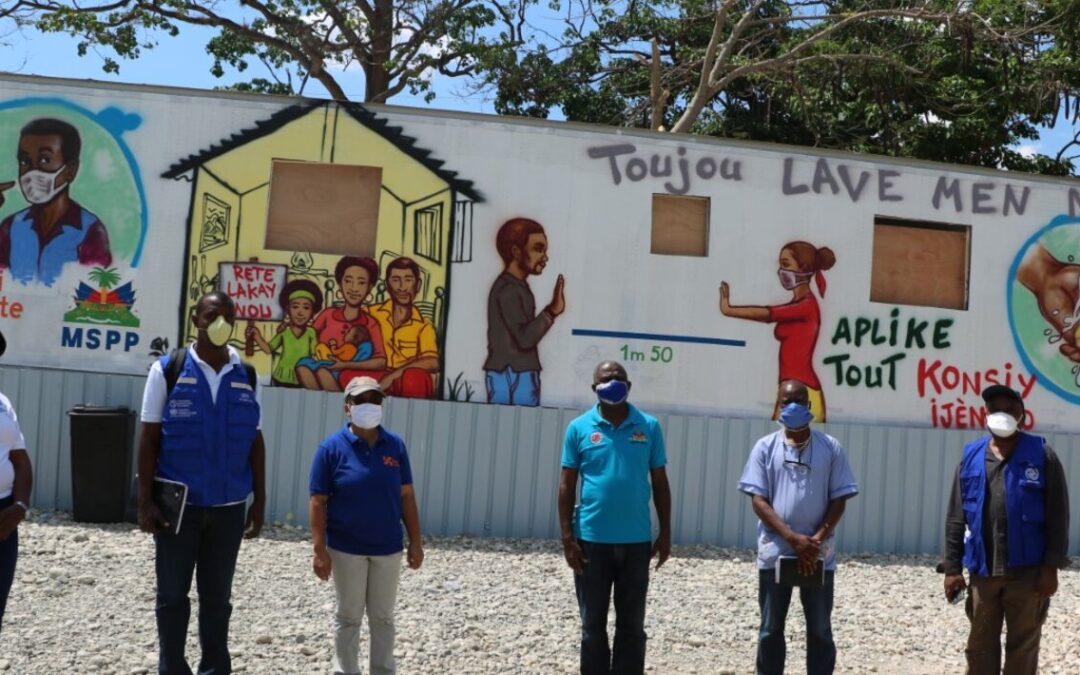 Colette Lespinasse, representing the CoEH in Haiti, writes to us about the current situation in her country. She tells a story of a country where the pandemic is gaining ground while the people are left to fend for themselves, without any clear actions of the government. This is her story:

Here in Haiti, Covid-19 is increasing. We have already more than 1865 confirmed cases and so far 41 people have died of Covid-19. Maybe you will say that this number is small compared to what is happening in many other countries where there are daily more than a thousand deaths. I agree. Still, we are observing a rapid growth of the illness these last days (almost a hundred cases a day) and this is worrying.

People are beginning to get scared. But their comportment has not really changed. The government brought forth a very critical decree which is severely limiting individual liberties. In reality the decree is not being respected, but it could be used any time to suppress the population. The decree might encourage abuse and corruption by the police. On the other hand a debate has started between traditional/natural medicine, which is used widely in Haiti, and conventional medicine, after the president organized a high-profile television show during which he talked with the president of Madagascar about the use of Artemisia (sweet wormwood) to treat the corona virus. Again, he has received a lot of comments because until now he has always ignored the Haitian pharmacy and has never reached out to the numerous traditional healers (medsin fèy), who have important knowledge about the use of leaves and herbs. For many, it is another illustration of the president’s disdain for everything Haitian.

Locally, people are getting by as best as they can: they are making masks, they drink a lot of tea. A group of doctors has proposed that care of the illness should be organized at community level. Some communities have already started by taking care of sick people, but also to prevent stigmatization and assaults against patients. Despite the growing number of covid-19 cases several public hospitals and health care centres are still on strike. Several cases of infection have occurred in public institutions, among them the National Police. The government appears to be paralyzed.

Meanwhile, insecurity is rising in the popular neighbourhoods around the centre of Port-au-Prince. Martissant is each day in the news because of deaths, wounded, fires. The same goes for the northern part of the capital, especially Cité Soleil. These serious incidents have various origins and the cries for help from the defenceless population living in these neighbourhoods do not seem to move anyone.

At the same time another discussion has started: about the duration of the president’s mandate. After the president recently announced that elections will take place before the end of the year, the opposition has started to question his mandate. According to the people close to the government, the mandate will end February 7, 2022; according to others, it will end February 7, 2021.

Tomorrow it is June 1, the start of the hurricane season. Forecasts say it will be severe. Everyone is busy with covid-19 and no one is talking about the hurricane season. Meanwhile the drought continues. Normally, May is the month of rain and sowing, but it has rained very little and certain regions have not received any rain at all.