Communication from the Steering Committee of the Europe Haiti Coordination in solidarity with the Haitian people, after the assassination of Mr. Jovenel Moïse

Communication from the Steering Committee of the Europe Haiti Coordination in solidarity with the Haitian people, after the assassination of Mr. Jovenel Moïse 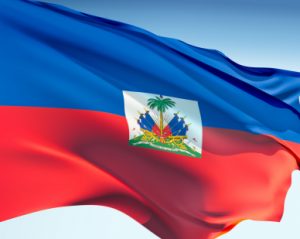 at the European Union and its members choose the path of real solidarity with the Haitian people. After the assassination, on July 7, 2021 of Mr. Jovenel Moïse, de facto president of Haiti, the Coordination Steering Committee of the CoEH wishes to express its solidarity with the Haitian people, for months victim of a spiral of violence, corruption, destruction of institutions of which Mr. Jovenel Moïse became one of the many victims, after having been an important actor.

The assassination of Mr. Moïse is revolting, as are the kidnappings, rapes, massacres and targeted assassinations committed unpunished by gangs, suggesting that they benefit from the complicity of those in power, who until now have done almost nothing to stop them. For months now many sectors of Haitian society have been denouncing the authoritarian and mafia-type drift of those in power, despite the continued support of the “international community”. Worse still, the International Community continues its aberrations as the head of BINUH, the United Nations Office for Haiti, allows herself to recognize Mr. Claude Joseph as the legitimate head of state to ensure the organisation of elections in September. Claude Joseph, Prime Minister appointed by Mr. Jovenel Moïse to act as interim, had just been dismissed and was to be replaced on the very day of the assassination. It is therefore to a Prime Minister without any democratic legitimacy that the United Nations entrust the task of organizing elections in the immediate future, in a country rife with gangs, intimidation and lies!

Yet for months, many sectors of Haitian society have offered another path, that of a transition that will take the time to rebuild the state on solid foundations, before talking about elections. The CoEH does not understand that the International Community does not rely on this movement for a democratic transition and continues to support a regime which has demonstrated its capacity to cause harm.

Isn’t it also time for the European Union to clearly support democracy in Haiti? Of course, the EU has distanced itself from the controversial constitutional referendum project launched by Jovenel Moïse. But the European Union must go further and refuse to legitimize, after the latter’s assassination, a power which will only increase these abuses. Mr. Peter Mulrean, former Ambassador of the United States in Haiti, goes in this direction, endorsing what Haitian social actors have been saying for months. By allowing a criticized power to organize elections now means giving it the means to destroy democracy a little more.[1]

Solidarity with Haiti does not consist in deciding for Haitians, as has happened too often and is still happening today, with the unacceptable backing of the United Nations. The CoEH invites all those, persons or institutions, who want to be in solidarity with Haiti to join the appeal launched on July 8 by a large coalition in Haiti: “We ask all the international actors who recognize that it is to the Haitians to solve the problems of Haiti to bring a sincere solidarity for the solution of these problems.” [2]

For the Steering Committee of the Europe Haiti Coordination

Here you will find the link to the communication of the Steering Committee, signed by our coordinator: