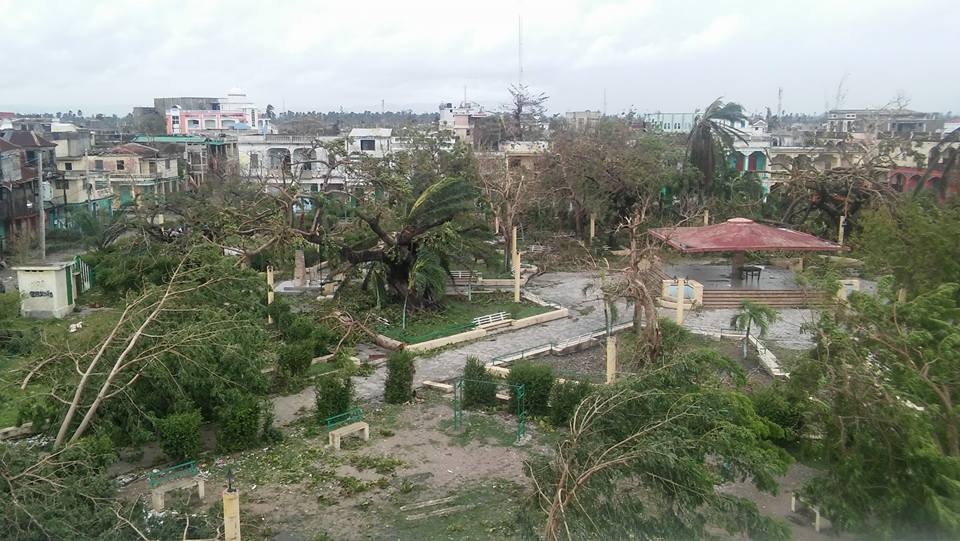 During our last general assembly (October 20, 2016) the present members informed each other about their interventions in response to hurricane Matthew. But since not everyone was present at the meeting in October, and also because not all organisations had already decided if and what they could contribute in addition to their regular programs, the steering committee asked the members to inform us of their plans and possible support, in order to share the information with all of us.

The following information does not pretend to be complete, it is no more than a first, brief inventory. We would like to invite all of the members to share additional information, and to let us know in case certain data is missing or incomplete.

Collectif Haïti de France: as a result of the hurricane, the Coordination Sud (French NGOs) met to discuss finance problems, such as delays in disbursements and problems of public donors.

Sécour Catholique/Caritas France has donated € 50.000 to Caritas Haïti for a “rapid response” programme of two months (October – November), total costs € 250.000. It concerned 1300 families that received food kits and hygiene kits. Caritas Haïti has launched a new appeal of 3,1 million euros, which includes the sectors of reconstruction (1,2 million), food security (seeds and animals; 1,4 million approximately) and health (0,5 million euros). At the moment of writing (mid-November), Sécour Catholique was still in the process of defining their contribution which would be totalling at least € 120.000.

Broederlijk Delen: has 80.000 EUR intended for humanitarian aid, not decided yet how this amount will be spent, to be discussed with major national partners (ITECA, JILAP). Also not decided yet if these partners themselves will be implementing the projects. More information within the coming weeks.

Misereor: has financed up until the end of November 19 emergency projects, between 10.000 and 60.000 EUR, for a total amount of 570.000 EUR. Of these projects, 15 are located in the departments Sud, Grand Anse and Sud Est (Les Cayes, Jérémie, Aquin, Cavaillon, Nippes, Jacmel, Petit Goave, mostly in the hills) and 4 projects in the Nord Ouest (Jean Rabel, Bombardpolis, Môle St. Nicolas, Baie de Henne).

Misereor met with almost all their partners during a visit in October, in order to define criteria and priorities for distribution of emergency aid. People mainly asked for support to repair roofs and houses and a number of schools. They also demanded funds to re-establish rotating funds for goats, chickens, seeds and plants. Equally important is cholera prevention, and Misereor has financed a number of water taps or chlorine tablets to purify water. The families participating in Misereor’s agricultural and ecological programs are the primary beneficiaries of the emergency aid, but other families also have access to technical assistance of the project teams. As Misereor is not a humanitarian organisation, they try to integrate their emergency activities in the regular development programs: even the seeds that are being distributed are not a gift; people know that the idea is to establish seed banks and to create a stock that can be used in the future.

Woord en Daad: within two weeks Woord & Daad received € 200.000 in donations for relief after Matthew. More funds were obtained in the following months and currently W&D is funding programs of three of their partner organisations: Parole et Action (relief kits: food, hygiene items), Maxima S.A. Housing (matching funds for reconstruction of houses), and CRECH (church and school building). A joint program of P&A and CRECH is aimed at second phase relief, including reconstruction of houses, schools and churches. A total amount of over € 355.000 will be spent.

The programs are mainly concentrated in South (Jérémie and Les Cayes) and East (Jolibois, Buissereth) departments.

Plate-form Haïti de Suisse: information of a number of the members of the platform:

EPER/HEKS: EPER has access to funds of the Chaîne du Bonheur (public funds reserved for humanitarian aid organisations) and is financing cash for work activities (clearing the rubble, after that: reconstruction) in the Grand’Anse.

KOMBIT: also in the Grand’Anse, Kombit has received demands for roofs, cash for work for rubble clearing, tree nurseries, seeds and financial support to credit unions. Kombit has launched an appeal to their contributors (so far they have received over USD 20,000), and is also negotiating with the Geneva Federation for Cooperation to add six months of rehabilitation to a currently funded project that will end this December. Kombit is also supporting GRAMIR in Jérémie, as their office annex guesthouse was severely damaged. Kombit is also active in Nippes, where the damage was also severe because of heavy floods; a prolongation has been asked for in this case also.

Helvetas is supporting activities in the Forêt de Pins and Verrettes areas: mainly recapitalization of households (credit and loans), relaunching of production systems, rehabilitation of buildings.

Terre des Hommes (Jacmel) has assisted with food donations at the schools they are supporting, as well as water treatment to prevent cholera.

In addition, DCC (Swiss cooperation) has sent three humanitarian missions and is preparing itself to participate in relaunching productive activities.

ICCO and Kerk in Actie: Although ICCO and Kerk in Actie are no longer actively involved in Haiti, by way of the international network of protestant churches and church-related organisations, ACT Alliance, they have donated € 110.950 for emergency aid and reconstruction in the Sud and the Ouest departments as well as in the Grand’Anse and Nippes. So far, funds received by the ACT Alliance total over a million euros and are currently being spent mainly on food security, shelter and non-food items (often tools and materials to repair roofs and houses). Another sector receiving much attention is livelihood, in order to assist farmers and fishermen to generate some income and prepare for the next agricultural season. The ACT Alliance in Haiti consists of both international NGOs (such as Christian Aid and the Lutheran World Federation) and national organisations MISSEH and SCH. In turn, the international NGOs mostly work with local partners, among them KORAL.