Chaos in Haiti is growing as the world is watching 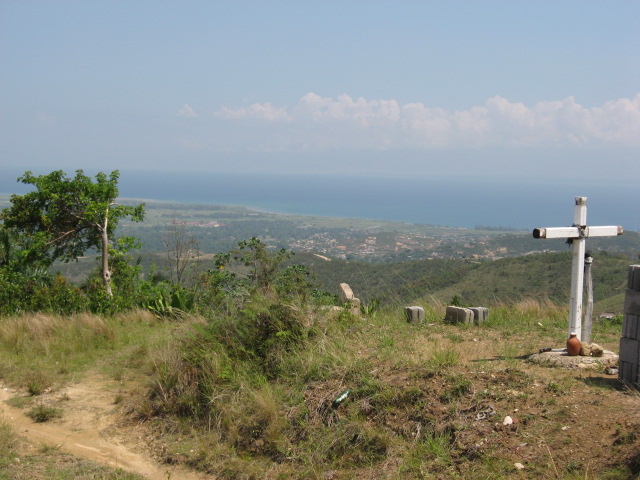 On September 14, the Haitian government announced a more than 100% increase in gasoline prices. The reason would be that the public treasury is empty and the government has no more money to operate. This is why it was decided to end the fuel subsidy. In reaction the Haitians are saying:  “we receive nothing from the state, and if it is true that fuel is subsidized, then that is all we get from this government.” Because of this, people do not accept the increase in gasoline prices. To express their disagreement, they have taken to the streets in protest.

In several provincial towns, the demonstrations were accompanied by violence and looting. In the northern city of Gonaives a warehouse belonging to the United Nations World Food Program (WFP) was looted. Thirty schools, mostly in Artibonite, were vandalized, although the start of the school year is yet maintained for October 3. DIGICEL’s telephone connections were interrupted in certain regions of the country because cables were damaged during demonstrations and/or police operations.

Fuel had already become very scarce in recent months. There was nothing to find at gas stations, while petrol was offered at exorbitant prices on the street. At the end of last year, several gangs had for some time blocked the exit of trucks from oil storage centers in the port of the capital, causing a scarcity of fuel. Immediately afterwards, the government announced a price increase. According to some observers, the non-supply of gas stations is a government tactic to force the population to accept the increase in prices.

Many basic services in the country are barely functioning. For the national ambulance center, of great importance in this time of crisis, the rise in the price of fuel is the final blow. Until last week, despite all the problems, the center still managed to get a supply of gasoline. But the latest price hikes, combined with the dangerous situation of blocked streets, have forced the director to stop the work of the ambulances. “How can you ask an employee, who earns less than 30,000 gourdes a month, to spend 275 gourdes a day on transport costs to get to work? Despite the sacrifices of drivers and paramedics, the situation has become untenable,” the director told Haitian newspaper Le Nouvelliste. He sent the last two employees home.

Fuel is not the only problem. Haiti depends largely on imports of rice and cereals to feed its population. The war in Ukraine, combined with a deterioration in the exchange rate of the local currency against the dollar, has direct consequences on the food supply in this Caribbean country. In fact, Haiti’s dependency was born decades ago when, in the 1980s, USAID and the International Monetary Fund (IMF) imposed economic reforms on the country along the lines of opening up markets. During the coup against Aristide, as part of the negotiations for his return in 1994, an agreement was signed to force down tariffs on rice and other consumer products. This has caused unfair competition with local production and serious consequences for the peasant sector. Since then, Haiti continues to be pressured by international financial institutions and donor countries to follow this free-market trade policy.

In the face of mounting protests, several embassies, including those of France, Spain, Taiwan and others, have temporarily closed their doors. The United States has asked its nationals to evacuate Haiti. The UN called for calm. The Haitian government, led by de facto Prime Minister Dr. Ariel Henry, remains silent, as does the so-called Core Group (formed by the ambassadors of Germany, France, Brazil, Canada, Spain, the United States and the European Union, and representatives of the United Nations and the Organization of American States). “Haiti is on fire again,” Amy Wilenz, an American expert on Haiti issues, writes in The Nation, and she says, “Once again, the United States is doing nothing to help.” On the contrary, Ariel Henry clings to power with fervent support from Washington.