Between competition and compliance: NGOs in post-earthquake Haiti 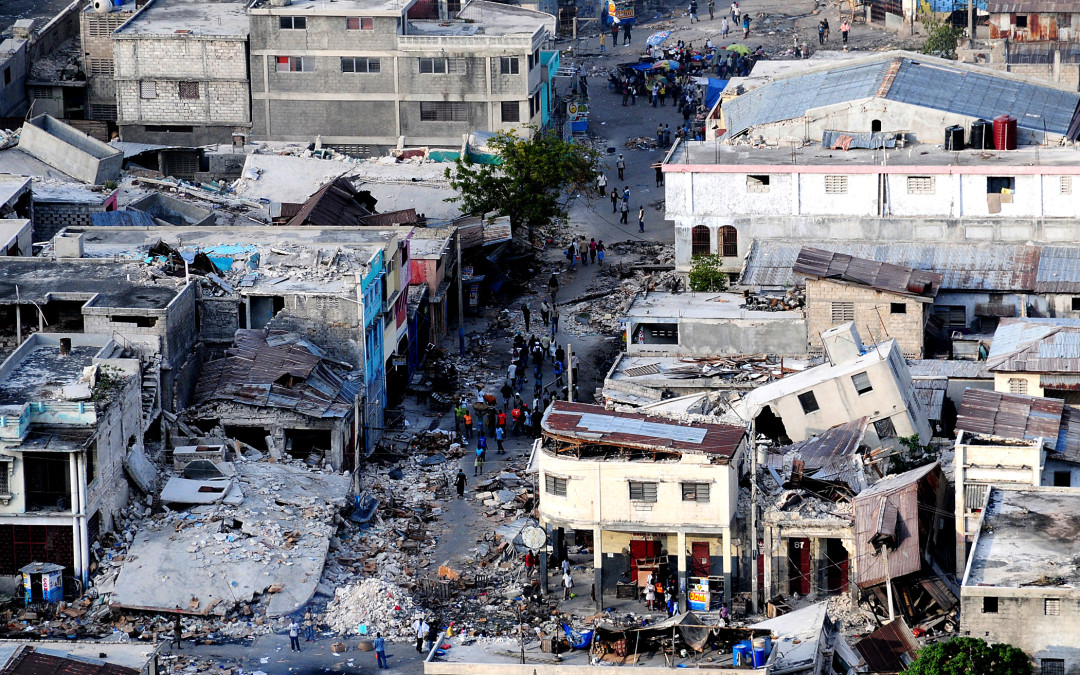 The last decades NGOs have endured criticism for lacking accountability and for having a democratic deficit. Questions have also been raised as to how effective and efficient the aid delivered by NGOs is. A recent moment where this criticism came together and the media picked up on the critical tone towards NGOs was in 2015, marking the five years of humanitarian and development aid by NGOs after the 2010 earthquake in Haiti. The scrutiny focused on the lack of Haitian ownership over the humanitarian and reconstruction projects, development aid bypassing the Haitian state and the fragmentation of reconstruction efforts.

Five years before the earthquake, in 2005, the OECD[1] had adopted the “Paris Declaration on Aid Effectiveness” as a strategy to improve the effectiveness and efficiency of aid, focusing on the very points that were presumably neglected by NGOs: ownership, alignment and harmonization.

Curious to find out to what extent international NGOs involved in the reconstruction efforts complied with these principles, and hoping to understand in what ways the current aid system enables or obstructs compliance with these principles, I decided to write my thesis on this topic. I did a comparative case study of three Eurodad[2] members. After analyzing the projects these NGOs supported or implemented in Haiti, their institutional structure and way of working, and conducting interviews with experts in development aid, public policy, journalism and monitoring and evaluation, I came to the conclusion that the Paris Principles were at best only partially followed by these NGOs.

The principle of “harmonization” seemed the most challenging for NGOs to follow in practice. On the other hand, the “ownership” principle featured highest on the NGOs agenda’s and could be observed in practice. My analysis of the current aid system provided some explanations for the difficulty of NGOs to comply with the Paris Principles. Changes in the aid landscape (e.g. increased competition between NGOs for government funding), the intrinsic limitations of the Paris Declaration (after all, an agreement between OECD governments) and the difficult context of post-earthquake Haiti (weak state, cholera outbreak, widespread poverty) all conspired to undermine the efforts of NGOs to align with government policies, involve the local population and coordinate their efforts.

The shift in source of funding away from national governments has pushed NGOs to diversify their funding, increasingly looking at the EU and public appeals. The decrease in long term, predictable funding has intensified competition among NGOs. This limits harmonization efforts, as each NGO wants to stand out from the crowd and show its unique approach. Another implication of the shift of funding is the preference of humanitarian over development aid. Many development NGOs have responded by diversifying into humanitarian aid. The short-term nature of humanitarian aid does not allow much room for the implementation of the principles of ownership, alignment and harmonization.

NGOs did not seem particularly eager to officially adhere to the Paris Declaration in the first place, stating that they were not involved in the process of formulating the principles. NGOs were not keen to take on the additional burden of reporting on the implementation of the principles, as DeBoer (2016) stated: “It will inevitably add more work to someone’s plate”.

There were of course mitigating circumstances in the case of Haiti. The fragility of the state and a weak rule of law, especially in the area of land ownership posed obstacles to the principle of alignment. Secondly, the outbreak of cholera put many NGOs in “reverse mode”, and made them shift gears to humanitarian aid again, losing the progress they had made on “ownership”. The cluster approach, while fostering harmonization, posed obstacles to Haitian ownership, because it favored coordination between Anglophone donors and implementers.

My recommendation for NGOs is that they should create a “Paris Declaration-like” charter by and for NGOs, as a self-regulating system based on peer pressure, which could enhance their legitimacy while also enhancing accountability. Secondly, NGOs should as a matter of priority start reporting with open data, according to the International Aid Transparency Initiative (IATI). This could make the entire sector more transparent and accountable to the public, beneficiaries, constituencies and donors. Lastly, donor governments should continue to work towards more binding agreements about aid and use their leverage on NGOs to insist that they comply with the Paris principles when government funding is channeled through NGOs.

As one of interviewees, Kwakkenbos (2016) noted about the roller-coaster of aid delivery in Haiti, and I cannot agree more: “Hopefully the different groups involved can use Haiti as a learning experience, which is a very expensive learning experience both in terms of human suffering and the amounts spent”.

Naomi Gilhuis graduated in European studies at Leiden University (The Hague) in 2016. She wrote her thesis about development aid and the role of NGOs in post-earthquake reconstruction in Haiti.

[1] Organisation for Economic Cooperation and Development