At the bicentennial of the death of Napoleon 1st

While the media are giving a lot of attention to the celebration of the bicentennial of  the death Napoleon 1st , the Coordination Europe-Haiti wishes, on this occasion, to recall some major facts which marked the reign of Napoleon 1st but are often forgotten. We are referring to the slave revolution of the French colony of Saint Domingue in 1791, and the subsequent birth of the Republic of Haiti in 1804, important events in the history of humanity. 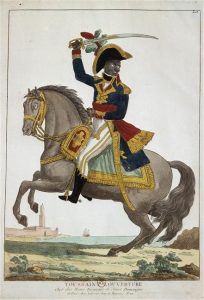 In 1802, as the General attempted to regain military control of the Colony and re-establish slavery, Napoleon suffered the first major military defeat of his reign, while Haiti became the second state in America to gain independence – after the United States, and long before the Spanish Colonies. Haiti was, in fact, the first black republic to liberate itself from colonial rule, a century and a half before the global decolonization movement of the mid-20th century.

On this occasion, the CoEH wishes to highlight the essential contribution of the Haitian people in sanctifying the universality of human rights without distinction of condition or “race”, and thus pursuing the ideals of the French Revolution the General eventually thwarted for economic reasons.

The CoEH, nevertheless, regrets that these ideals continue to be violated today in Haiti due to poor state governance and the complicity of the international community.