A Pact for Ecological and Social Transition in Haiti 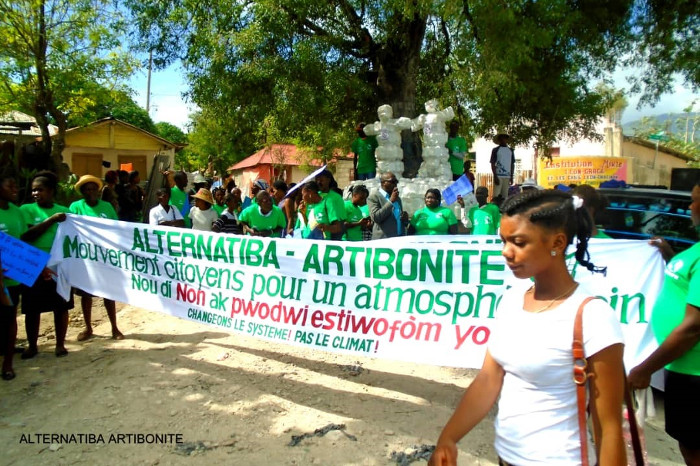 In a few days, the COP26 will take place in Glasgow. In Western countries, the marches and events demanding that climate change be taken into account have started once again. In Brussels, Sunday, October 10, the first climate march took place since the corona lockdown. A week later, on October 17, on the occasion of World Poverty Day, a gathering organized by “Make visible the invisible”, a group of associations fighting against poverty, promoted the theme: “Social et climat: même combat“, or in English “Social and climate: same fight ”.

This awareness of the link between social issues and the environment has also surged in other places around the world. In Haiti, where social injustice and environmental destruction are extreme, the association GAFE, Groupement Francophone pour l’Environnement, has been campaigning and working with this focus now for 18 years. GAFE  engaged themselves with the citizen movement Alternatiba, originated in France in 2013, which grew in Haiti by creating local groups. In a particularly difficult context, a dynamic and original movement was born, based in civic engagement and a territorial approach to development. The movement has become known in the country through the organization of national meetings, the Villages Alternatiba, and campaigns demanding the ban of styrofoam (polystyrene) which causes a very serious pollution in the country.  You need just look around you to understand the seriousness of this problem: wherever you are, you see piles of “eating boxes” thrown away after having contained the meals that you can buy on every street corner. 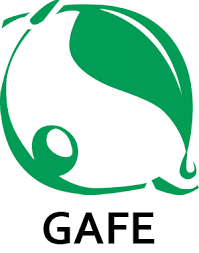 The latest initiative of GAFE and the Alternatiba-Haiti Movement was presented at a press conference on September 8 and concerns a Pact for the Ecological and Social Transition in Haiti. After several years of work,  and after having overcome many obstacles, the French version has been released and soon the Creole version will be available. The development of the Pact took place in all ten departments of the country. It involved local communities in the countryside and in the cities, especially in working-class neighborhoods. In addition to the work of these local groups, between 2019 and 2020 GAFE organized seven forums and three workshops, enabling 789 people to meet, exchange and develop proposals

The “Pact for Ecological and Social Transition” is the result of this popular engagement and is aiming to encourage Haitians to claim their rightful place in public spaces. Despite the constant deterioration of the situation in the country, the members of Alternatiba experienced that it was still possible to come together and develop plans. They refuse to give up.

The Pact has also been designed with an eye on the general elections that will be held as soon as the situation in the country allows for them. It will be a question of not missing this opportunity, to prepare for it now by reflection and joint actions and when the time comes to give voters the tools to challenge the electoral candidates.

The Pact contains the commitments that have driven GAFE since its creation: development takes place WITH the people and not FOR them; the fight for the climate and the environment requires a popular movement; the territorial approach is the place of experimentation for a local democracy, involving all the local actors: authorities and public services, civil society, companies, schools … GAFE knows what they are talking about: the organization is relying on its experience of accompanying  local development initiatives in various parts of Haiti and on the lessons learned during the multiple training sessions organized for various audiences (members of Alternatiba of course, but also civil servants and public officials at national, provincial or municipal level). For example, GAFE is currently running an experimental waste management program in eleven schools in Kenskoff. Another example: each year, on July 10, the entire Alternatiba movement participates in a “National Day of Citizen Mobilization against Styrofoam in Haiti”.

The Pact is presented as a set of worksheets addressing various themes related to the environment. For each sheet, a context analysis leads to proposals for constructing more ecological and fairer areas. Each time the role of the various actors is considered, without ever forgetting the public stakeholders. The sheets are structured around five axes:

2. Social justice and solidarity: gender equality, support for the most vulnerable people: disabled, orphans, the elderly …

3. Democracy and citizenship: encouragement for citizen participation in the management of the territory.

The document is providing a reflection and recommendations on the role of the various actors, while emphasizing the role of government institutions. Since its creation, GAFE has been convinced that the country’s future lies in popular engagement, but also in the empowerment of government bodies, especially those set up within the framework of decentralization. Without this, ambitious public policy is not possible. During the experimental activities and the training of government actors, state officials and various communities, the team of GAFE met many people determined to support their country. They often receive little support and lack the means, but they nevertheless manage to act with a lot of creativity. The Pact supports this commitment. But the Pact does not agree with the current situation where many NGOs, churches and other organizations are substituting the state, faced with the resignation of public authorities, because this is keeping the country in a state of emergency, dependency and fragmentation of initiatives. In addition, the requirement for professionalization of a series of jobs is formulated, particularly in the “social” sector. This is complementary to civic engagement, one strengthening the other.

Even though aimed primarily at Haitian actors to encourage them to take their responsibilities, the Pact also includes a reflection on the role of international actors, whether they are public actors or private organizations. It questions the models of solidarity by expressing several expectations: to have a broad and global approach (“ecological AND social transition”), to get out of the cycle of urgency and dependency by keeping a vision of the future and relying on the country’s strengths, ensuring that private initiatives do not exonerate public institutions of their responsibilities, but on the contrary help to strengthen them.

Before publication of the Pact, GAFE launched a training cycle in construction and popular expression, aimed at 84 young people selected from 6 municipalities (Belladère, Mirebalais, Verrettes, Kenscoff, Cité-Soleil and Carrefour), preparing them to carry the Pact forward. The launch took place in February 2021 in the presence of an EU representative and the first two sessions took place in April and July. Since the publication of the Pact, other training sessions have been carried out with young people in various locations in Haiti. The permanent crisis, the galloping insecurity and the uncertainty of tomorrow do not prevent the painstaking work of GAFE and Alternatiba, which is addressing issues that are vital for the country, but are overshadowed by the daily turmoil.

Thus, just as the Haitian population is trying to survive taking life one day at a time, the work of grassroots groups and several solidarity organizations continues despite the pitfalls. GAFE and the Alternatiba movement are an example of this. In January 2021, David Tilus, Executive Director of GAFE, expressed himself as follows: “We no longer want a master, neither black, nor white, nor yellow, nor blue. We want peace and justice for all. It is up to us to build a Social Pact, not to copy a worn and filthy model. It is up to us, clear-sighted citizens, convinced and determined to change the situation. “